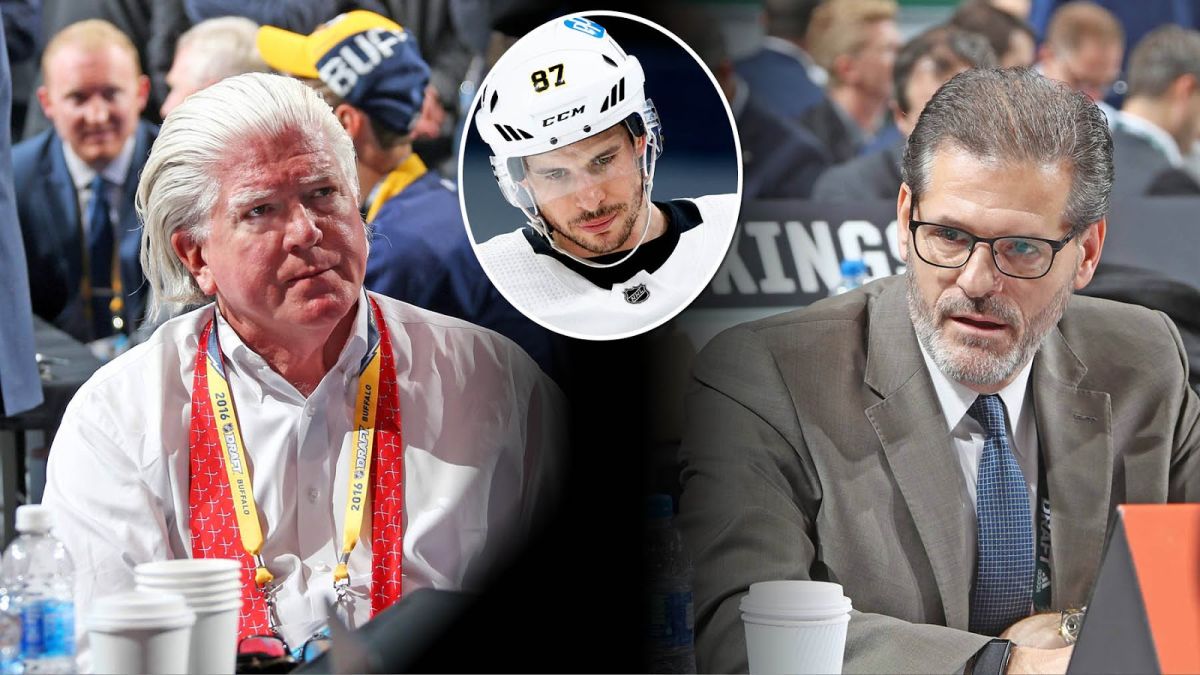 Hiring practices in the major sports leagues have been under the microscope of late. Especially in the NFL, where overqualified Black candidates can’t seem to get jobs ahead of white ones that seemingly come from nowhere, or are retreads, or if you’re the Lions you find a guy who had spent the previous decade batting his head into a door like Goldberg. But it’s not germane to football.

The Pittsburgh Penguins had been in the market for a new GM since Jim Rutherford stepped down right at this season’s dawn. Today, not only did they find one giblet to fill that position who has done pretty much nothing to deserve it, but then they found the king of the giblets to oversee him.

First, they hired Ron Hextall as GM. Hextall’s previous stint as a GM came with the cross-state rivals Flyers, and there’s not much about it that would make anyone get up out of their chair and scream, “I gotta have this guy!” His drafting record is passable, maybe even OK. Travis Sanheim, Oskar Lindblom, Ivan Provorov, Travis Konecny, Carter Hart, and Nolan Patrick were added by Hextall. None are the finished article yet, and two of them have been waylaid by physical ailments, but still a lot of promise, but more promise than production.

But none of that made a difference to the Flyers, who never finished above third in the division in Hextall’s term. And some of his other decisions were baffling. The trade of Brayden Schenn to St. Louis for someone who claimed to be named Jori Lehtera and claimed to be a hockey player stands out.

He did manage to fire Craig Berube after one season as coach, and then watch Berube and Schenn go on to win a Cup with the Blues two years ago..That was in service of hiring Dave Hakstol, whose best claim to the job was his name sounded like Hextall’s.

It could be argued that the base of this current Flyers team that’s currently leading whatever teams are still standing in the East division has his fingerprints all over it, so maybe we can let that go for now. The Penguins are clearly going to need some hits in the draft given the age of their key players and cap situation, and maybe they think Hextall’s record is enough to project he’s the man for that. Debatable, but not a crime.

The real coup-de-stupid is that the Penguins are also hiring Brian Burke as President of Hockey Ops. While we should all rejoice that the move will get Burke and his flustered-and-more-confused Don Cherry act off our TVs, but how he’s landed another job in the league is mystifying. Burke might be the biggest blowhard fraud around, somehow camouflaged by the hockey media’s love of him because he challenged a guy to a fight once in a barn. If it involves a barn, or you just say “barn,” hockey writers will lap it up.

Burke’s gloss comes from being GM of the Anaheim Ducks when they won their only Stanley Cup, almost entirely with players that were there when Burke arrived. The only thing he added to that team was cashing in assets he didn’t acquire or draft for Chris Pronger, who had asked out of Edmonton. That’s it. And that’s as good as it ever got for the Ducks since.

Burke was able to take that one accomplishment, and his gruff nature, and con the Toronto Maple Leafs into hiring him as GM, where his opening press conference gave Don Cherry the last erection he ever had (enjoy the rest of your day). And that’s it. He used “truculence” in a sentence correctly. Hang a banner!

The Leafs didn’t come within a $50 cab ride of a playoff spot, and included giving up those two first-rounders for Phil Kessel, trading for Dion Phaneuf’s dead ass, and drafting exactly two useful NHLers in four attempts, Nazem Kadri and Morgan Rielly. Oh, and then he was essentially an advisor for Calgary for five years, where they won exactly one playoff series. Fucking Midas touch, this guy.

And just for kicks, Burke was a major voice in constructing the 2014 U.S. Olympic team and 2016 World Cup one that won exactly dick. This guy has been trading on looking pissed off all the time into a reputation he’s done next to nothing to earn.

There is a distinct lack of innovation in the NHL, and it’s because teams just keep hiring the same 40 guys in either the GM sphere or the coaching sphere. Everyone’s a “good hockey guy,” despite what they’ve done, or more likely haven’t done.