People upset over ban on New Year parties this year 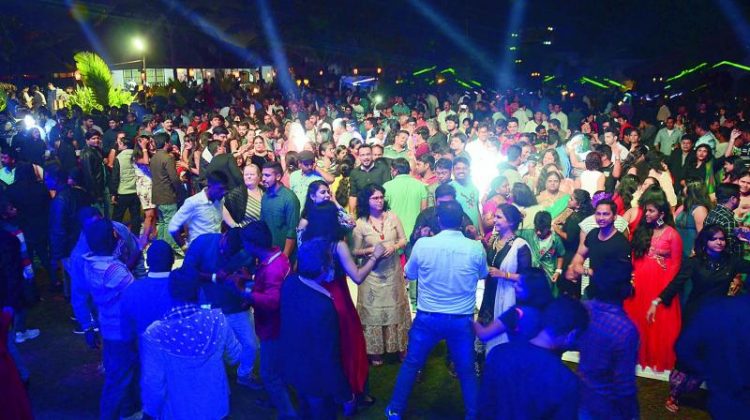 Hyderabad: Restrictions effected by the Cyberabad Police on New Year’s Eve celebrations have come as a major dampener, especially to the large numbers of fun-loving youths and families in the city.

It was on December 25 that the CP commissioner banned gatherings in gated communities, hotels, resorts, farm houses, play grounds, stadiums and the like for December 31, while he also said only regular activity will be allowed at restaurants, hotels and pubs under strict surveillance.

Since the announcement, several plans have been abandoned in a huff. Hoteliers and resort owners who expected a windfall after the dry months of Covid scare since March are bearing the brunt. ‘After a lull of nine months, businesses had started to get back on track. We had hopes that this holiday season will bring in some gains for us’, stated a hotel owner.

“Even with the permission granted for regular activity at restaurants, it is unlikely very many people will turn out for dining this year-end. Fear of Covid and the new strain persists. The only option left with us is to host buffet lunch. For this too, there is the restriction on capacity,” said Pradeep Kumar Dutt, vice president of the hotels and restaurants associations of Telangana.

Resort owners especially in the Cyberabad division expressed serious disappointment. A resort owner in the CP limits said it was unfair a ban is imposed even on small family gatherings while allowing pubs to carry out daily business on New Year’s eve.

“It is understandable to restrict large gatherings, or parties, but to shut down farmhouses or resorts from being given out on rent for individuals or small family gatherings for a New Year getaway is too much of a pain,” said a resort owner in Moinabad.

Ashok Hemrajani, president of state hotels association and group VP at Minerva Grand Boutique Business Hotels & Restaurants said, “Such events are planned a month or two in advance. This ban is being imposed just five days before the New Year’s eve! The ban has crushed our hopes of making some money. These are hard times for the hotel industry.”