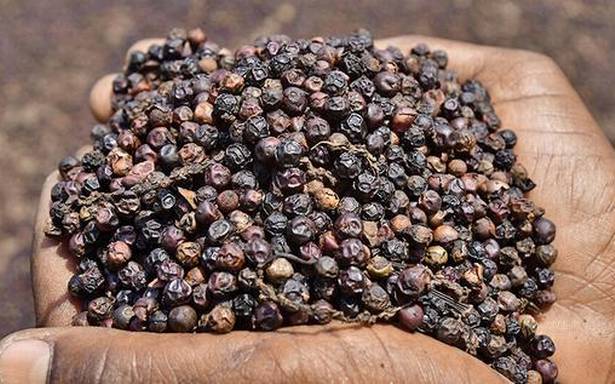 Pepper growers in India are becoming wary of the rising imports especially from Sri Lanka vis-a-vis other pepper-producing countries.

With reported currency devaluation in Sri Lanka, growers fear that there could be a free fall of imports into India. Indian pepper harvest for the current crop season has already commenced with the expectation of around 65,000 tonnes of production.

Kishore Shamji, coordinator, Indian Pepper and Spice Traders Growers Planters Consortium – Kerala Chapter, requested the government’s intervention in the matter so as to ensure that Sri Lankan pepper consignments would not hurt the interests of domestic growers. Sri Lankan imports comes under SAFTA with 8 per cent duty and Indo Sri Lankan FTA at nil duty at a minimum import price of ₹500 per kg for the domestic market. He said that Sri Lankan pepper prices are hovering in the range of ₹275 per kg whereas the average Indian price realisation was ₹325.

He attributed the reasons for lower imports from other pepper-producing countries to the increase in prices above $2,000 per tonne. Moreover, the carry-over stocks in many countries are on the rise due to lower price realisation in previous years.

However, the pepper demand is on the rise globally due to increased consumption for various requirements, such as an immunity booster in the midst of a Covid-19 pandemic, said growers.

A spokesman of the All India Spices Exporters Forum said that the export industry has not seen any major impact on the rising imports, as whatever comes for re-exports have been more or less the same. However, the rise in imports could be seen in the backdrop of increased demand for the commodity in the domestic market.

X
Will the SEC sue GameStop traders? The case could pose a ‘super weird̵…BusinessTraders who gobbled up GameStop (GME) stock in the Reddit-user-fueled push to squeeze short sellers could end up on the defending side of enforcement …
close