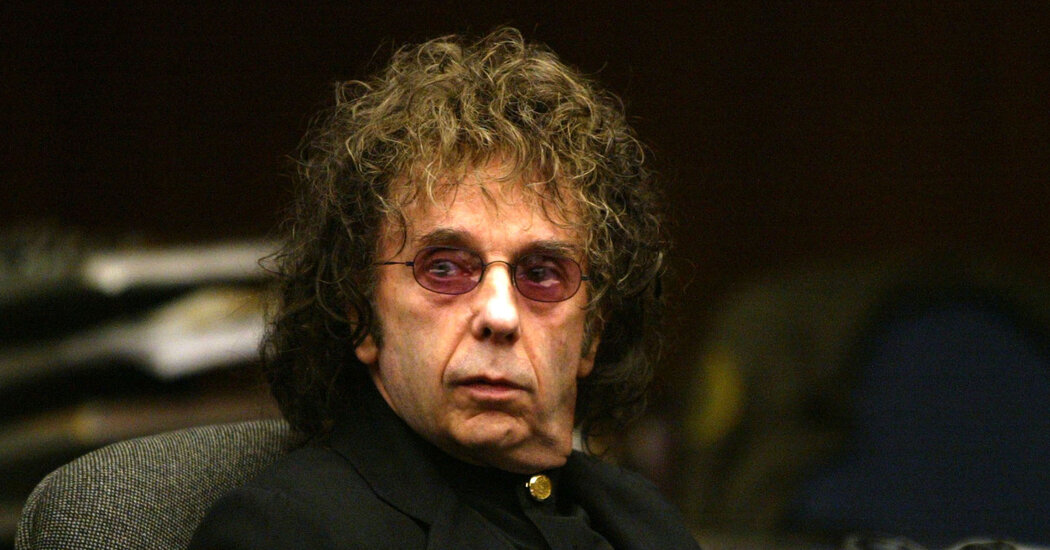 Covid-19 has taken the life of Phil Spector, one of the most influential and successful record producers in rock ’n’ roll, who spent the last chapter of his life in prison for murder.

Mr. Spector, 81, died on Saturday of complications from Covid-19, according to his daughter, Nicole Audrey Spector.

Ms. Spector said she visited her father the day before his death at San Joaquin General Hospital, near Modesto, Calif. He was not conscious and “appeared to be suffering,” she said.

She said she had also been with him when he died: “He was not alone. He died with love and dignity.”

Prisons nationwide have seen some of the largest clusters of coronavirus infections, and some of those outbreaks have spilled into surrounding communities. In all, 25 California prisons have seen caseloads surpassing 1,000 each over the pandemic.

The largest outbreak has been at overcrowded Avenal, in Central California, which has logged more than 3,500 infections. Whether to inoculate inmates, and when, has become controversial amid limited supplies of vaccine.

A pioneering producer, Mr. Spector was a one-man hit factory, placing 24 records in the Top 40 between 1960 and 1965 alone. Many were classics, by bands like the Crystals, the Ronettes and the Righteous Brothers.

But he entered a decades-long decline after the ambitious “wall of sound” record he made with Tina Turner in 1966, “River Deep, Mountain High,” flopped on U.S. charts. His behavior became erratic, often involving his extensive handgun collection and heavy drinking.

Since 2009, Mr. Spector had been serving a prison sentence for the murder of Lana Clarkson, a nightclub hostess he took home after a night of drinking in 2003. The Los Angeles police found her slumped in a chair in the foyer of his mansion in Alhambra, dead from a single bullet wound to the head. He was sentenced to 19 years to life.

He first served at the California Substance Abuse Treatment Facility and State Prison, Corcoran, near Fresno, and then moved to the California Health Care Facility, a medical and mental prison institution in Stockton.

His daughter said he had become very ill before he was admitted to San Joaquin General Hospital on Dec. 31. She said he was intubated in early January.

In late December, Ms. Spector spoke to her father by phone. He “was experiencing severe wheezing, could not get through a sentence without coughing, could not swallow or eat,” she said. “He was begging for medical help.”

It was their last conversation.

On Sunday, she issued a statement requesting privacy for the family and thanking the medical team who last treated her father.

She blamed his death on “cruelty and neglect” at the California Health Care Facility. She called Mr. Spector her “best friend and the maker of so much perfect music” and maintained that he was innocent of the murder for which he had been convicted.