Home Sports Phillies forced to bring back J.T. Realmuto because they made a decade’s worth of mistakes

Phillies forced to bring back J.T. Realmuto because they made a decade’s worth of mistakes 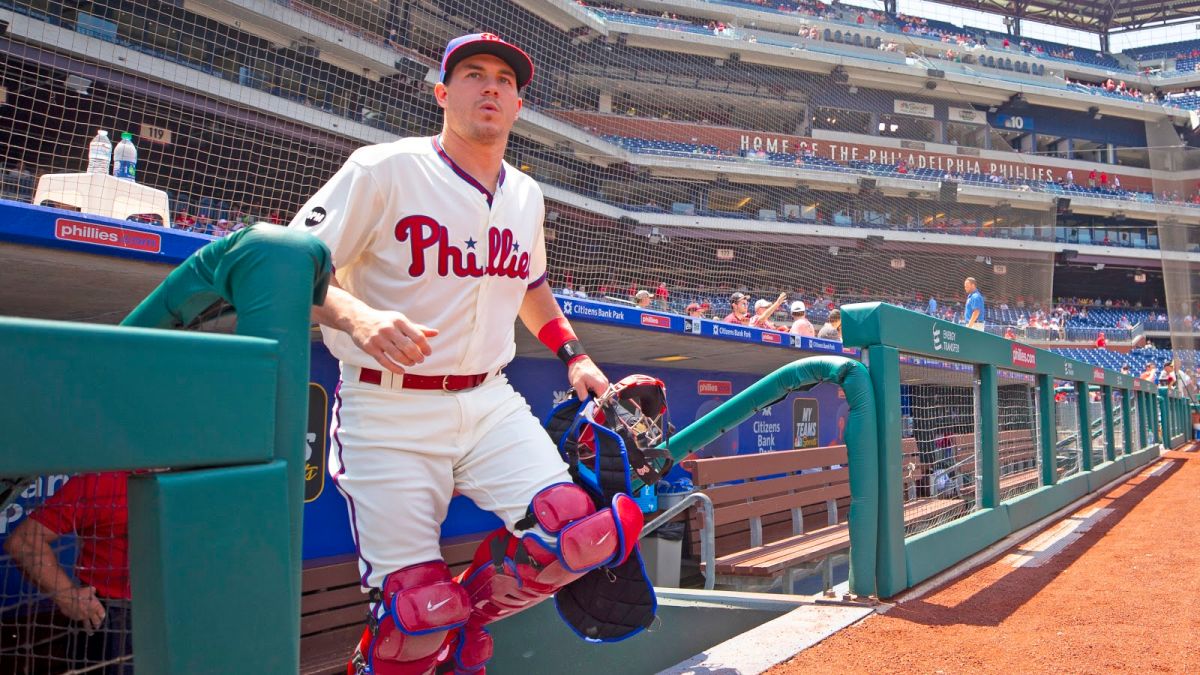 The Phillies have routinely swung and missed while selecting prospects over the last decade. For some reason the Phillies were attracted to Cornelius Randolph, who was selected tenth overall in the 2015 MLB draft. The Phillies passed on future All-Stars Walker Buehler of the Dodgers and Mike Soroka of the Braves. I asked Randolph’s agent, Scott Boras, during the presser, who his client reminded him of. “He’s the next Tony Gwynn,” Boras said. Apparently Boras meant Tony Gwynn, Jr. It’s possible but not easy to blow the No. 1 pick in the draft, but it appears that the Phillies did just that by selecting Mickey Moniak first overall in 2016. Moniak projects at best as a fourth outfielder. The word was the Phillies were saving money by picking Moniak and having the ability to spend more on their second-round pick, pitcher Kevin Gowdy, so he would sign. The Phillies passed on Braves hurler Ian Anderson and Reds outfielder Nick Senzel.

The Phillies did hit with Aaron Nola, who is a solid starter, with the No. 7 overall pick in 2013 and with Alec Bohm, the third overall pick in 2018. However, the Phillies have failed to develop players in the latter rounds. The best of the bunch is Rhys Hoskins, who was selected in the fifth round of the 2014 draft. Hoskins has power but has defensive limitations. The Phillies got roughly a 3 WAR in 2020 from players they developed. That’s considerably less than their division-rival Braves, the White Sox and the Astros. Winning teams almost always reap the benefits of a terrific farm system. Look at teams with big payrolls, such as the Yankees of 1996-2001. Derek Jeter, Jorge Posada, Bernie Williams and Mariano Rivera were the core of that legendary squad, not free agents. If the Phillies could develop outfield talent, which is the easiest type of player to cultivate, owner John Middleton wouldn’t have had to spend $330 million for Bryce Harper. But the Phillies had no choice since they failed to select and develop a Ronald Acuna or Juan Soto.