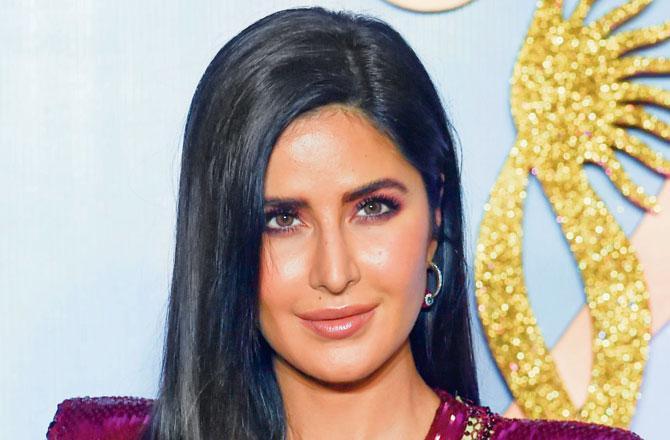 Katrina Kaif has begun work on her next, Phone Bhoot. She has been attending script reading sessions for Gurmmeet Singh’s film. On Wednesday, Katrina had treated her fans with a sneak peek video of her ‘prep time’ for Phone Bhoot, using the story sharing feature of Instagram.

“Prep time- But look at these cutest post,” the actor wrote using a smiling face with heart-shaped eyes emoticon. With ‘these cutest post’, Kaif was referring to fluorescent arrow-shaped stationery flags in the picture.

The horror-comedy sees Siddhant Chaturvedi and Ishaan Khatter as co-stars. The two are gym buddies and there is never a dull moment when they are around. Kat is looking forward to loads of fun on the set with the two youngsters.

On December 7, Ishaan Khatter posted that he has been studying for his Masters in Bhoot Capturing.

Phone Bhoot, which was announced in July, features the trio as ghost hunters. Katrina Kaif, Ishaan Khatter, and Siddhant Chaturvedi announced that they are all set to team up for Phone Bhoot. The trio took to Instagram to share the first look of the film through a poster in which the actors were seen dressed in black coloured suits with white coloured shirts underneath them.