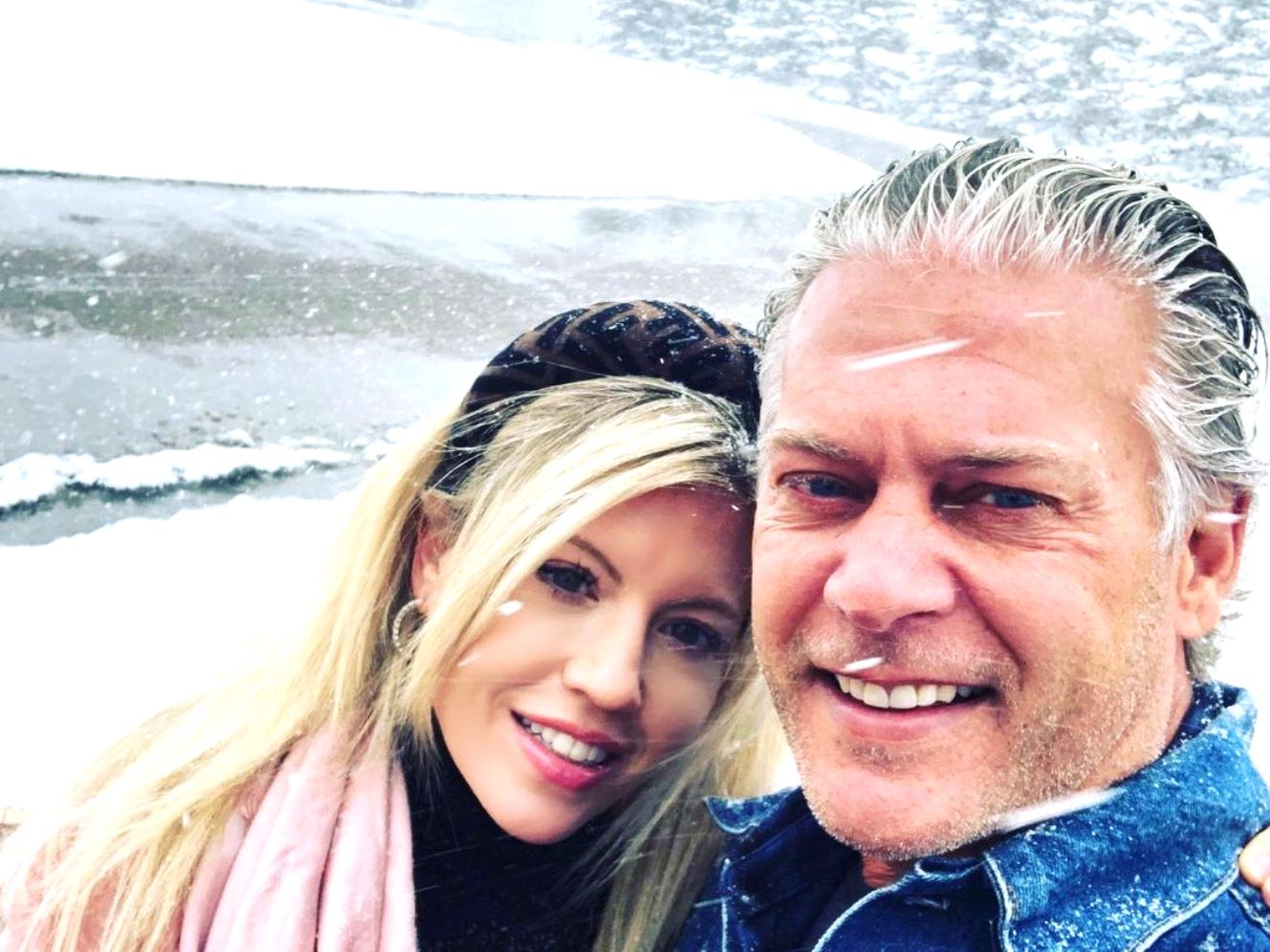 Less than one year after tying the knot, the former Real Housewives of Orange County star and his wife posed for a photo shared by Lesley on social media, in which the two of them were seen cuddling up on a bench in Emerald Bay and enjoying a sunset with their baby girl.

“Our first sunset with our sweet little Anna,” Lesley wrote in the caption of her February 6 photo on Instagram, noting that her daughter’s name was “pronounced Ah-na.” 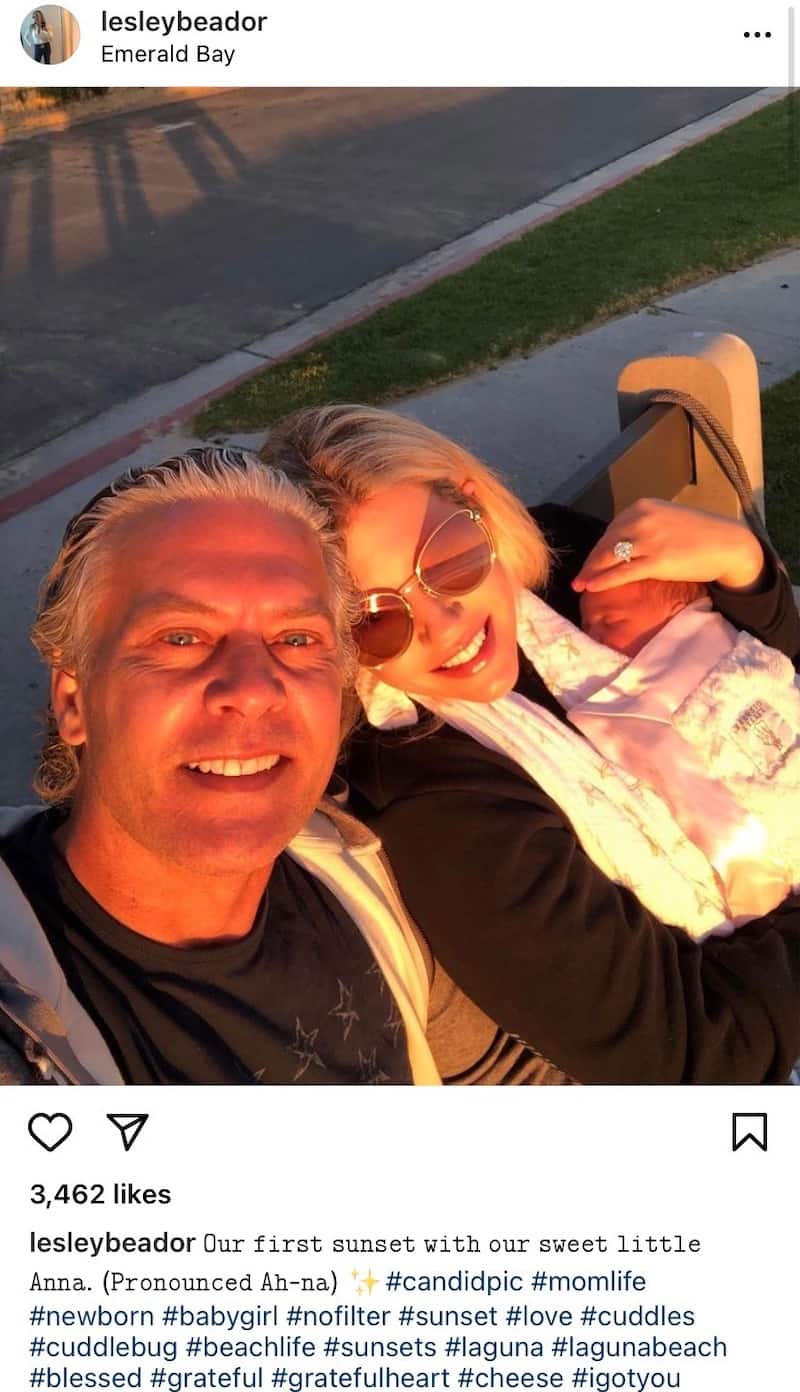 Lesley also shared more photos of her baby girl on her Instagram Stories. 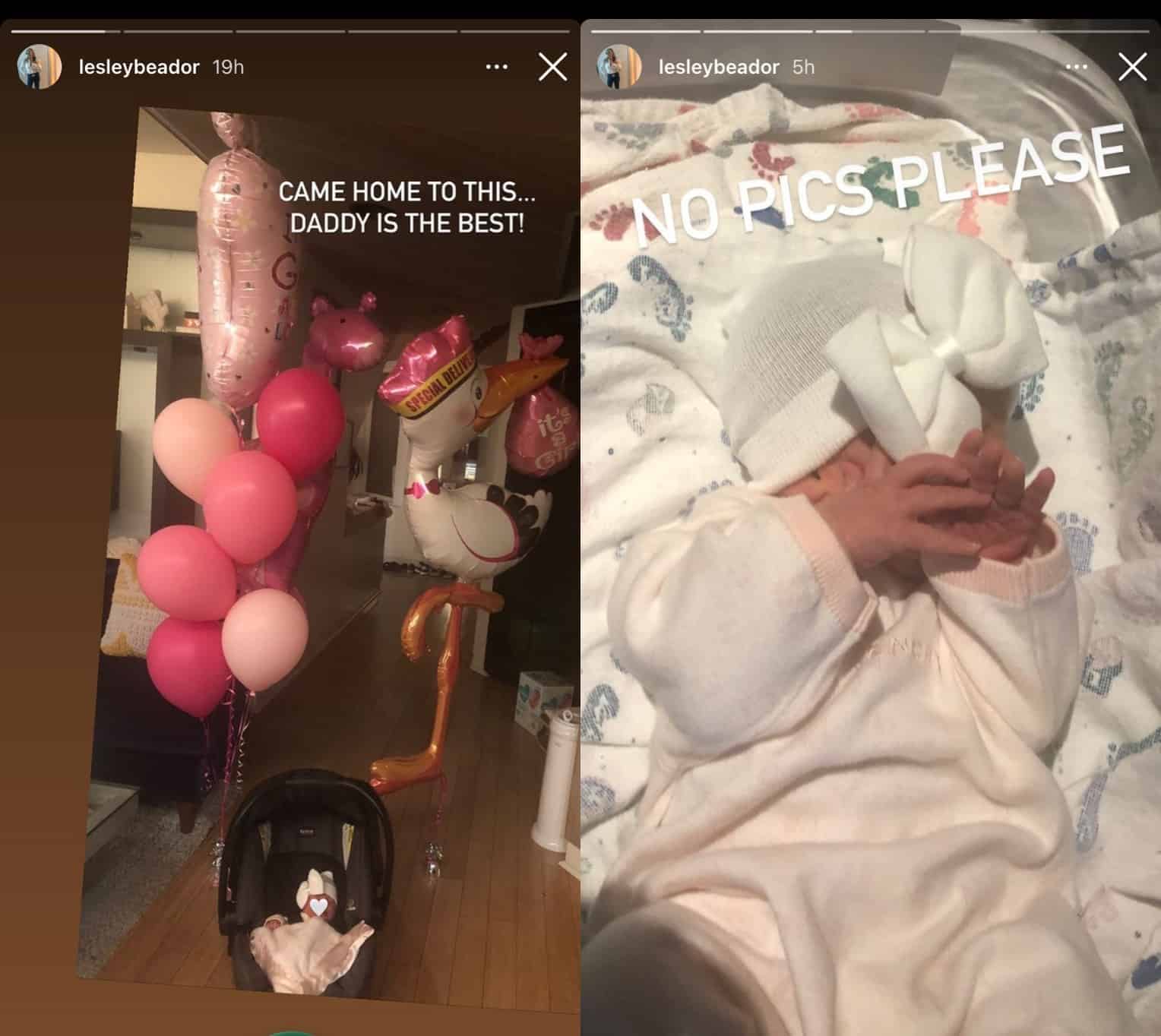 David was previously married to Shannon Beador and shares three daughters with her, including Sophie, 19, and twins Stella and Adeline, 16. Meanwhile, Lesley shares two children, son Andris and daughter Inga, with a former partner.

Prior to giving birth, Lesley shared a series of maternity photos with her followers.

“Daddy has been counting down the days until we get to hold you…” Lesley wrote with a photo shared on January 29.

Then, with another image shared at the end of last month, she added, “I just want to hold your hand at 90 [and] say we made it. P.S. one week left.”

“You’re just a small bump,” Lesley said in the caption of a photo of a bun in an oven.

David and Lesley began dating one another in early 2018, months after David and Shannon ended their marriage after 17 years and a messy affair that played out on a past season of The Real Housewives of Orange County, and they confirmed their engagement in January 2020.

Cook with Comali Season 3: This ‘Comali’ will not feature in upcoming season

‘Baby Mode!’: Can Heidi Convince Spencer To Have Another Hills Child?