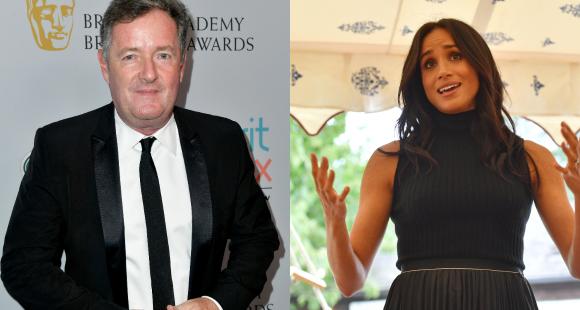 In a lengthy column written for the Daily Mail, Piers Morgan has spilled the beans on his exit from ‘Good Morning Britain’ post his comments on Meghan Markle. Here’s what he has said.

English broadcaster Piers Morgan has opened up for the first time about his exit from “Good Morning Britain’ post his comments on Meghan Markle that resulted in his exit from the morning talk show. Morgan said he received death threats following his comments about Markle including one message from a troll who threatened to murder him in front of his children.

According to US Weekly magazine, while talking about the threats in a lengthy column written for the Daily Mail, the English journalist claimed that his kids have been harassed and are receiving threats of violence. He wrote as part of the Mail on Sunday publication, “I’ve always subscribed to the ‘If you dish it out, you’ve got to take it’ philosophy.” Piers added, “But my three sons told me they too are all being targeted and sent me screenshots of venomous abuse and threats of violence towards them.”

Piers Morgan also mentioned that the harassment toward his sons, Spencer, Stanley, and Albert, with ex-wife Marion Shalloe, made his stomach “churn,” and that police were investigating a death threat made against his eldest son, Spencer, last month.

None of them even care about Meghan Markle, let alone agree with my views on her,” he continued. “Yet the Twitter troll mob has found them guilty by association. One troll vowed to murder me in front of them, and added: ‘When your dad dies, the world will have a party,” the TV personality further said.

For the unversed, Morgan exited from the set of Good Morning Britain on March 9, over the backlash for his remarks about Markle after she revealed she had suicidal thoughts. The Suit actress had claimed she faced racism while living in the U.K. and thus she thought of suicide amid her time as a senior royal.