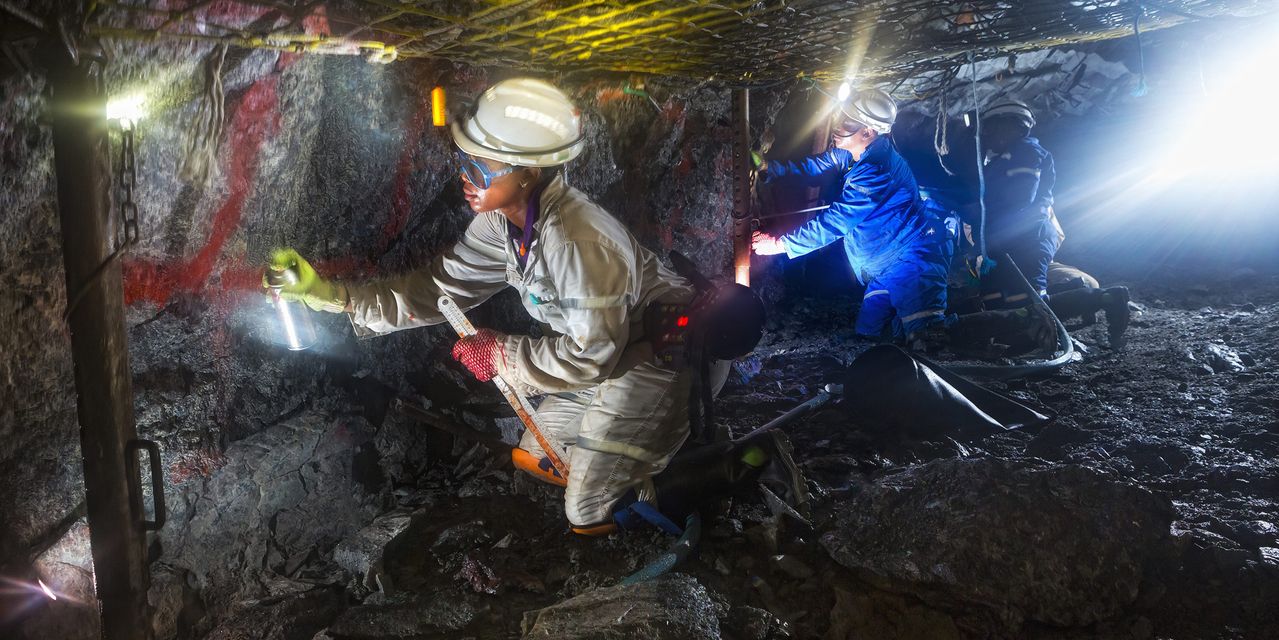 The Reddit army of traders recently took aim at silver, triggering a brief spike in its price to nearly $30 an ounce, before it settled this past week at $27. Another precious metal should be in their sights: platinum. It is generating more interest because of its role in the green economy and its relative scarcity.

Platinum, now trading around $1,100 an ounce, is up 15% in the past 12 months, but has lagged behind gold, silver, and other platinum-group metals, such as palladium and rhodium, in recent years. Platinum demand for diesel-engine pollution controls fell in the wake of

Platinum peaked more than a decade ago at $2,250 an ounce, when it traded at a premium to gold. It’s now at a 40% discount to gold, which is fetching $1,800 an ounce. Bulls argue that platinum could head back toward its old high in the next five years because of supply constraints, resilient automotive demand, new uses such as hydrogen fuel cells, and investment interest.

(ticker: SBSW), are highly profitable and trade at some of the lowest valuations in the mining sector. Sibanye is a top-three producer of platinum, at about one million ounces annually, and among the top three in palladium and rhodium. It also mines about a million ounces of gold.

Sibanye, whose U.S.-listed shares trade around $16, is valued at just four times projected 2021 earnings of $3.79 a share. The two leading gold miners,

Sibanye CEO Neal Froneman tells Barron’s that he sees a “supercycle” in platinum-group metals this decade. Palladium is up 70% over the past two years, to $2,300 an ounce, while ultra-rare rhodium has risen eightfold, to $21,000. Froneman thinks platinum could hit $2,000 in four to five years.

The rising popularity of electric vehicles could trim demand. Catalytic converters—exhaust-system devices used to control pollution in conventional vehicles—are the main use for the metals: palladium for gas-powered cars and platinum for diesels.

Yet, Froneman observes, the internal combustion engine has many years left. EVs account for only a small part of the 90 million new cars and light trucks sold annually—a market still expanding by 2% to 3% a year. In addition, emissions standards in developing nations are getting tougher, another factor boosting demand for platinum-group metals.

Platinum even could benefit from EVs. It’s a crucial component in the fuel cells—rather than batteries alone—that already help power a few of them, turning hydrogen into electric current. Fuel cells could account for 6% of global platinum demand by the end of the decade, some analysts predict.

Nearly eight million ounces of platinum, worth $8 billion, are produced annually. A reliance on South African output creates supply risk, given periodic labor strife and an uneasy relationship between mining companies and the government. Platinum is also hard to obtain. Most South African mines are deep underground and labor-intensive.

“If the Reddit crowd had paid attention to platinum, and not silver, they could have moved the price a lot more; it’s a much smaller market than gold or silver,” says Will Rhind, the CEO of GraniteShares, which runs

(PLTM), a $25 million exchange-traded fund that holds the physical metal. The largest U.S. platinum ETF is the $1.4 billion

fund (PPLT). Platinum ETFs globally hold about four million ounces, against 100 million for gold and one billion for silver, according to Bloomberg.

In addition to Sibanye, other platinum producers include

(NGLOY) of South Africa. Anglo American Platinum is the blue chip of the group, with a market value of $27 billion. Its shares trade at a premium to rivals’ at seven times estimated 2021 earnings. Chris LaFemina, a Jefferies analyst, calls Anglo’s open-pit Mogalakwena mine in South Africa the “premier platinum asset in the world.”

Sibanye Stillwater began in 2013 as a spinoff from

(GFI). Under Froneman’s leadership, it began buying platinum mines. Its most important deal was the $2 billion purchase in 2017 of Stillwater Mining, a platinum and palladium producer based in Montana. That buy was well-timed because palladium prices then rose, allowing Sibanye to cut debt. The deal also made Sibanye less dependent on South Africa, whose mining companies trade at discounts to global peers.

“The company is at an inflection point, with growing free cash flow and a strong balance sheet,” says Raj Ray, a BMO Capital Markets analyst. “It’s well-positioned to participate in the ESG revolution.” He has an Outperform rating and a $22 price target on the stock. The shares’ low valuation reflects South African risk and concerns about the sustainability of high prices for palladium and rhodium.

Froneman sees a “significant re-rating of the stock” as Sibanye shows consistent performance in coming quarters and lifts its dividend yield, now under 1%. The company, which reports second-half results on Feb. 18, has a goal of a 25% to 35% dividend payout ratio, which could lead to a 5% yield.

Platinum has lost some of its luster in the past decade, but the coming years look much brighter.

Platinum Prices Are Poised to Bounce Back. Here are Stocks and Funds to Play It.