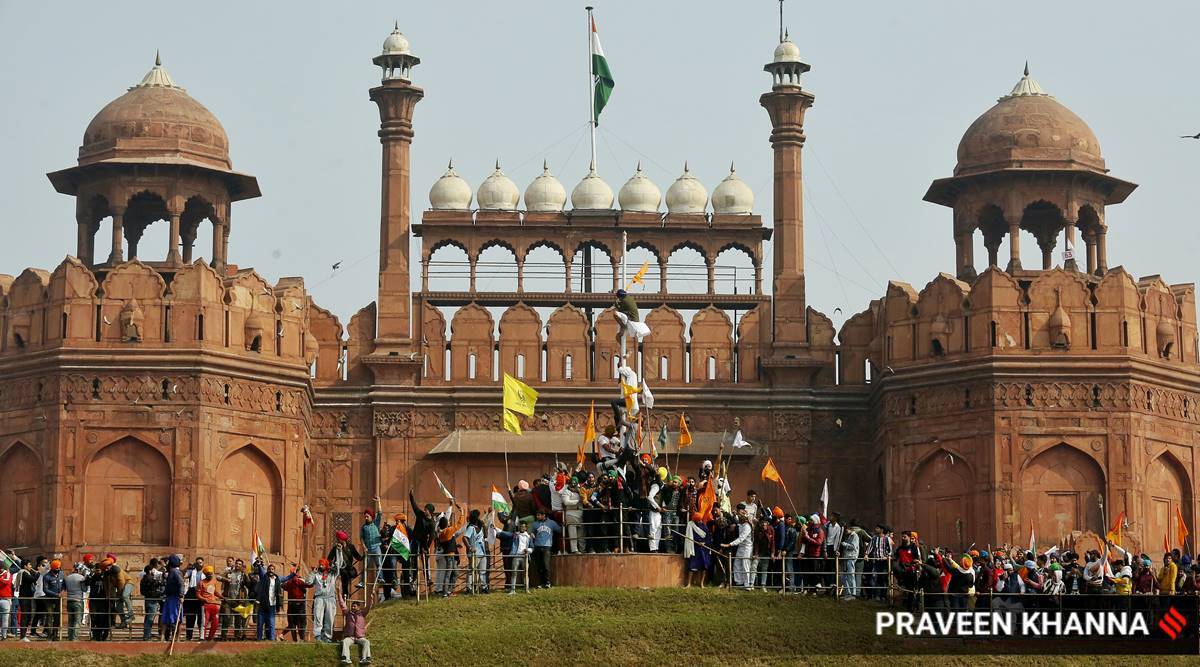 A petition has been filed in the Supreme Court seeking a judicial inquiry into the unprecedented violence in Delhi after the farmers’ Republic Day tractor parade spiraled into chaos on Tuesday. The plea also demanded registration of a case for “causing dishonour of national flag” at Red Fort.

Breaking away from the designated route for the rally, hundreds of protestors wielding sticks and clubs and holding the tricolour and union flags, felled barriers at the borders, clashed with police, and entered the city from various points to lay siege to the Red Fort and climb the flagpole on Republic Day on Tuesday. Police also had to use lathicharge and teargas shells to control unruly protesters at multiple locations in the city. At most places, the policemen appeared outnumbered and had to retreat as the protesters advanced.

One protester died when his tractor overturned while ramming a road barrier at ITO, and scores were injured, among them at least 200 police personnel, as mobs resorted to violence and vandalism while forcing their way in.

At night, the Red Fort was secured, the flags removed and protesters made to vacate the premises. Officials said a “serious assessment” of the day’s events was underway even as authorities brought in reinforcements. Additional forces from paramilitary units were being deployed and Internet services were suspended in the areas of Singhu, Ghazipur, Tikri, Mukarba Chowk, Nangloi and adjoining areas for 12 hours to “restore order”.

The Samyukta Kisan Morcha, the umbrella organisation of farmer unions – the majority from Punjab — spearheading the protests, distanced itself from the groups that had forced their way into the Capital.