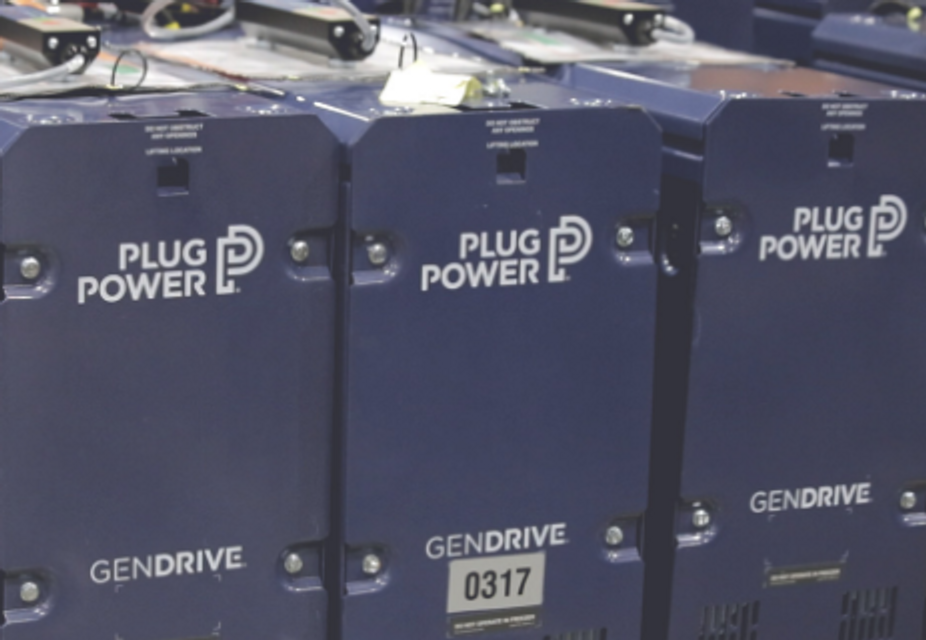 Shares of Plug Power Inc. tumbled Wednesday, to pull back from a more than 15-year high, after the hydrogen-fuel company announced the sale of $1.8 billion worth of common stock to the public.

The company said late Tuesday that its upsized 28 million share offering priced at $65 a share, as the company raised $1.82 billion. That price was 11.2% below Tuesday’s closing price of $73.18. Plug Power also granted the underwriters options to buy an additional 4.2 million shares to cover overallotments.

sank 9.2% in active midday trading. Volume swelled to 53.4 million shares, already more than the full-day average of about 49.1 million shares.

The pricing announcement came just several hours after it said it commenced a public offering of $1.5 billion worth of stock. The company said it plans to use the proceeds for working capital, and for general corporate purposes, which could include acquisitions.

Plug Power’s move to sell shares came as they soared 11.4% on Tuesday, to close at the highest price since August 2005, after the company raised its gross billings estimates for the year. Read more about the billings outlook.

“A good story keeps getting better, with Plug capitalizing on its leadership position in hydrogen energy and mobility solutions by nailing down customers and partners that expand the [total addressable market], improve visibility and de-risk execution,” Coster wrote in a note to clients.

He reiterated his neutral rating, which he initiated Plug with on Jan. 14.