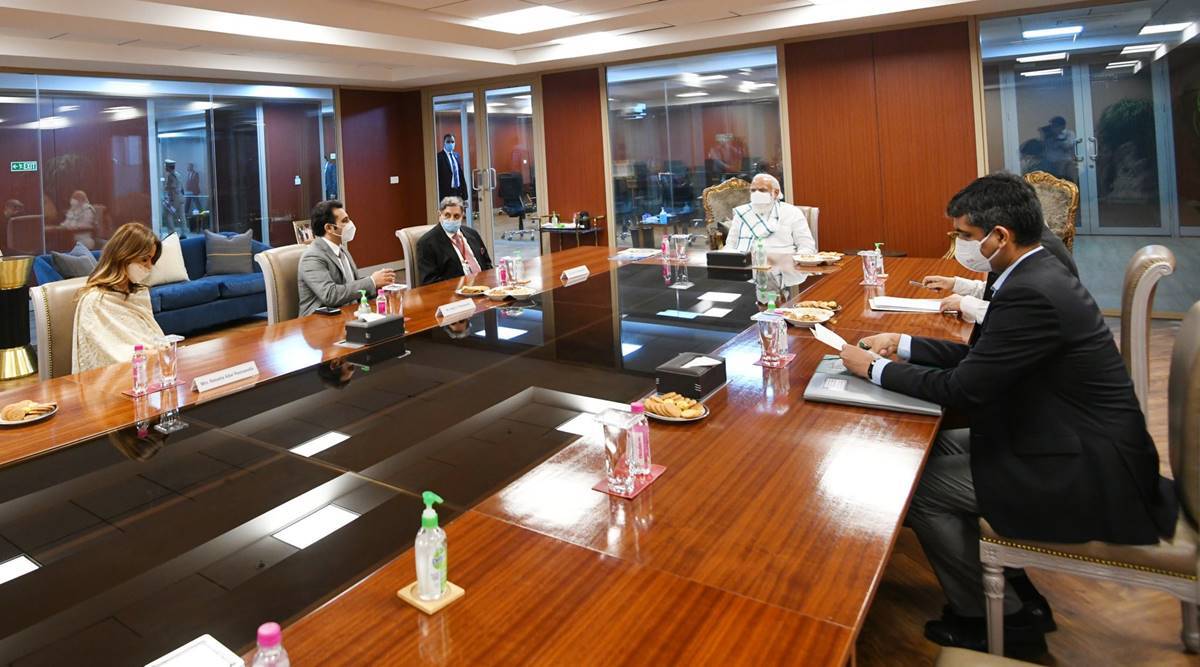 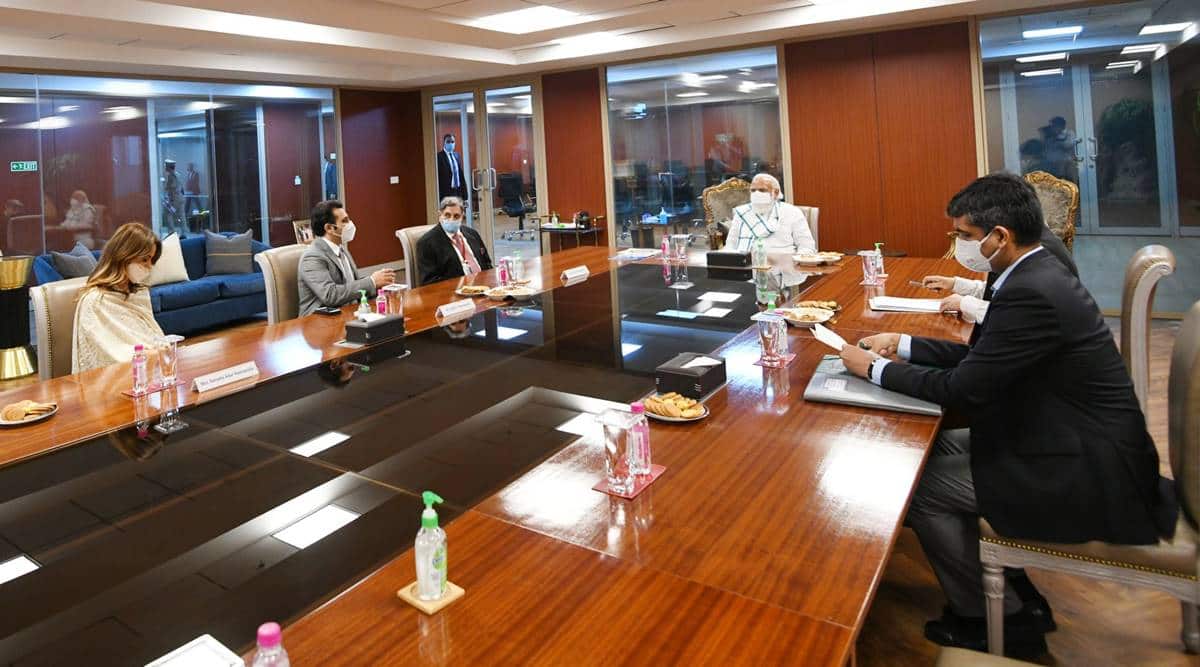 Dr Cyrus Poonawalla welcomed the Prime Minister along with his son and SII CEO Adar and the latter’s wife, Natasha.

Prime Minister Narendra Modi on Saturday visited Pune’s Serum Institute of India, his last stop during his three-city tour to the country’s vaccine hubs. At the SII, he spent an hour and reviewed the manufacturing process and the cold storage facility, where more than 50 million doses of Covishield vaccine are ready for release.

“It was an excellent visit. The Prime Minister was highly impressed with the manufacturing facility at SII and asked us to come out with the vaccine at the earliest,” Dr Cyrus Poonawalla, chairman of the Poonawalla Group, told The Indian Express.

Dr Cyrus Poonawalla welcomed the Prime Minister along with his son and SII CEO Adar and the latter’s wife, Natasha.

Had a good interaction with the team at Serum Institute of India. They shared details about their progress so far on how they plan to further ramp up vaccine manufacturing. Also took a look at their manufacturing facility. pic.twitter.com/PvL22uq0nl

“While Modi lauded the efforts of SII to come out with the vaccine as soon as possible, he spent an hour at the facility understanding in great detail what we are doing and how we are taking things forward. He told us to make efforts to educate people about the necessity of the vaccine, else people could be reluctant out of ignorance of its advantages,” Dr Poonawalla said.

The Prime Minister interacted with top scientists at Serum Institute of India and sought to know the status of the trials. “He asked us if the government can help in the effort,” Dr Poonawalla said.

Scientists like Dr Rajeev Dhere, executive director at SII, said the Prime Minister some pertinent questions. “It was a very positive experience.”