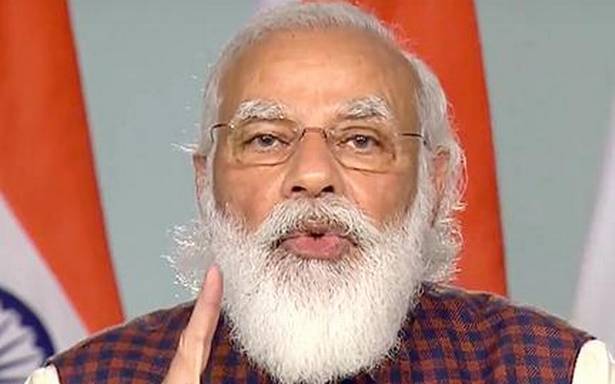 If all steps go according to plan and pending regulatory approvals, these companies are expected to begin making millions of doses of vaccine by next year.

Dr. Reddy’s has tied up with Russia’s RDIF and Gamaleya to test the Sputnik V vaccine on Indian volunteers. If all steps go according to plan and pending regulatory approvals, these companies are expected to begin making millions of doses of vaccine by next year.

The RDIF claimed an “interim efficacy”, via a press release, of 91.4%, from its ongoing phase-3 trials. Human trials are also scheduled in India with Dr. Reddy’s, as per a previous agreement between the companies.

The RDIF said it planned to start producing 100 million doses of the vaccine in the beginning of 2021 in partnership with Hetero pharma.

“The PM advised all the departments concerned to engage with the manufacturers and seek to resolve matters so that the efforts by these companies beat fruit in order to serve the needs of the country and the entire world,” said a statement from the Press Information Bureau on Monday.

During his interaction, Mr. Modi discussed how the pandemic has placed “extraordinary demands” on the pharmaceutical industry. “He was briefed about our efforts in combating COVID-19 ranging across all stages of the disease from prevention to critical stages of the disease, including the advancements about Sputnik V vaccine clinical trials, and the collaborative work with the regulatory bodies and hospitals in India,” Dr Reddy’s said in a statement, “We are honoured and feel appreciated by the honourable Prime Minister’s reassuring remarks.”

A spokesperson for Biological E said the company didn’t have any comment on Mr. Modi’s interaction. Bio E, Dynavax Technology Corporation, a U.S.-based vaccine and biopharmaceutical corporation, and Baylor College of Medicine, a health sciences university in Houston, have initiated phase-1/2 trials last month in India of their candidate vaccine. However, the details of the vaccine construct or platform technology isn’t yet known.

On Saturday, Mr. Modi visited the manufacturing facilities of the Serum Institute of India, Pune; Bharat Biotech, Hyderabad; and Zydus Cadilla, Ahmedabad. These are biotechnology firms whose vaccine candidates are in advance stages of human trials.