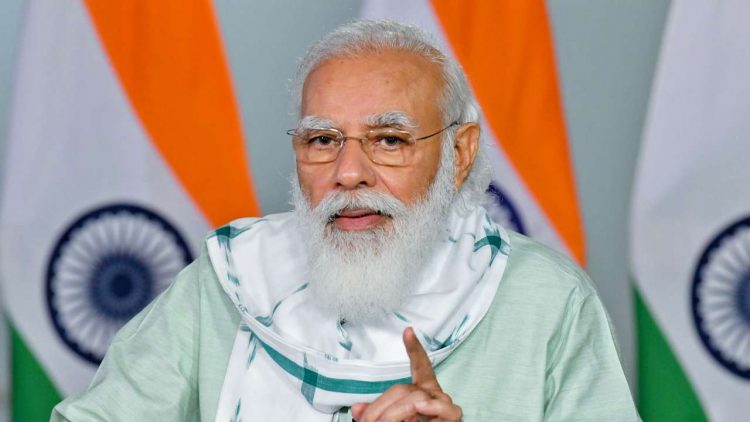 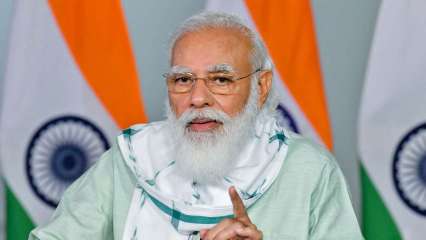 Prime Minister Narendra Modi on Saturday launched the Ayushman Bharat Pradhan Mantri Jan Arogya Yojana (AB-PMJAY) SEHAT scheme via video-conferencing to extend health insurance coverage to all residents of Jammu and Kashmir. The scheme will benefit 21 lakh eligible people on the basis of Socio-Economic and Caste Census (SECC) 2011, who will be able to avail free treatment up to Rs 5 lakh medical expense.

“This is a historic day for J&K. Every people of J&K will get benefits of Ayushman Bharat scheme. I wanted to launch this scheme yesterday on the occasion of Atal Bihari Vajpayee’s birth anniversary. Atalji had a special connection with J&K, which is now prospering on his way of ‘Insaniyat, Jamhuriyat and Kashmiriyat,” said PM Modi.

1. About 6 lakh families of the state were getting the benefit of Ayushman Bharat Scheme. After the health plan, all 21 lakh families will get the same benefit, the Prime Minister said.

“There will be another benefit of this scheme which needs to be mentioned again and again. Your treatment will not be limited to government and private hospitals in Jammu and Kashmir only. Rather, thousands of hospitals are connected under this scheme in the country, you will also get this facility,” he added.

2. PM Modi further congratulated the people of Jammu and Kashmir for strengthening democracy. “The election of the District Development Council has written a new chapter. In every phase of the elections, I was watching, despite such cold conditions and COVID-19, youth, elderly, women were reaching the booths,” he added.

3. About 18 lakh cylinders were refilled here in Jammu and Kashmir during the pandemic. More than 10 lakh toilets were built in Jammu and Kashmir under the Swachh Bharat Abhiyan. But its purpose is not limited to just building toilets, it is also an attempt to improve people’s health, he added. Jammu and Kashmir has won Mahatma Gandhi’s vision of ‘gram swaraj’, said PM Narendra Modi on DDC elections.

“There was a time, we were a part of the Jammu and Kashmir government but we broke the alliance. Our issue was that panchayat elections should be held and people be given their due rights to choose their representatives,” said PM Modi.

4. Even after Supreme Court has directed that Panchayati and municipal elections should be conducted in Puducherry, the elections are not being conducted there, the Prime Minister further said. “Those who keep on teaching me lessons on democracy are the ones who are running their government there,” he added.

5. Speaking about the border shelling issue, PM Modi said, “Border shelling has always been a matter of concern. The work on the construction of bunkers in borders areas including Samba, Poonch and Kathua is being done at a fast pace.”

The LG further said, recently, three-tier grassroot democracy was established in Jammu and Kashmir with DDC elections. “I thank the people here for their participation in the elections. The elected DDC members will take oath on 28th December,” he added.

Speaking about the COVID-19 vaccine, Sinha said, “We are ready for COVID19 vaccination. When a vaccine is available, we will be able to inoculate the identified persons.”

Present on the occasion, Union Home Minister Amit Shah said, “PM Modi wishes to see speedy development in Jammu and Kashmir and improvement in the standards of living of people. He presses that democracy should reach the grassroots levels and wishes peace and security for people of the state.”

Ensuring top quality healthcare for the people of Jammu and Kashmir. https://t.co/RdKKRo33lh

The Prime Minister’s Office said the scheme will ensure universal health coverage and focus on providing financial risk protection and ensuring quality and affordable essential health services to all individuals and communities.

Ayushman Bharat Pradhan Mantri Jan Arogya Yojana (AB-PMJAY) is a flagship health scheme of the central government and provides a cover of up to Rs 5 lakh per family per year for secondary and tertiary care hospitalization. It covers 10.74 crore poor and vulnerable families (about 53 crore beneficiaries).

Launched in 2018, about 1.5 crore beneficiaries have received medical treatment in hospitals under the scheme.