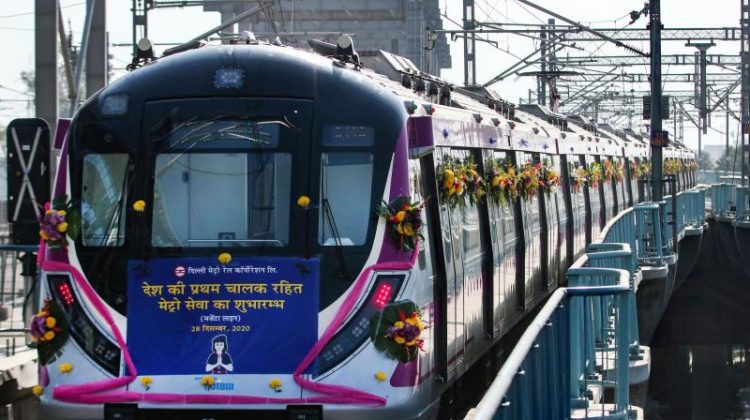 The driverless trains will be fully automated, eliminating the possibility of human error, the government said, adding that after the start of the driverless services on the Magenta Line (Janakpuri West-Botanical Garden), the Pink Line (Majlis Park-Shiv Vihar) will have driverless operations by mid-2021.

Speaking at the launch of NCMC services on the Airport Express Line, the PM stressed the need for a unified technological interface to be used across services for furthering the nation’s development. The NCMC will let passengers carrying a RuPay debit card issued in the last 18 months by 23 banks to swipe these for Metro travel. Delhi Metro said passengers from anywhere in India will be able to travel on the Airport Express by using this card.

The PM said it was our responsibility to focus the nation’s resources and capabilities to something productive, adding this integrated approach will increase the country’s strength. “The card was launched with the idea that commuters will have integrated access to all public transport. This one card will help them save the time they spend standing in queues for tickets,” Mr Modi said.

“One nation, one mobility card is one example. Our government has brought about several other initiatives such as ‘one nation, one FASTag’, which made travelling seamless and freed everyone from traffic. ‘One nation one tax’ (GST) has made the tax system comprehensive and removed the tax jam,” he said.

This NCMC facility will become available across the entire Delhi Metro network by 2022, the Prime Minister’s Office said later on Monday.