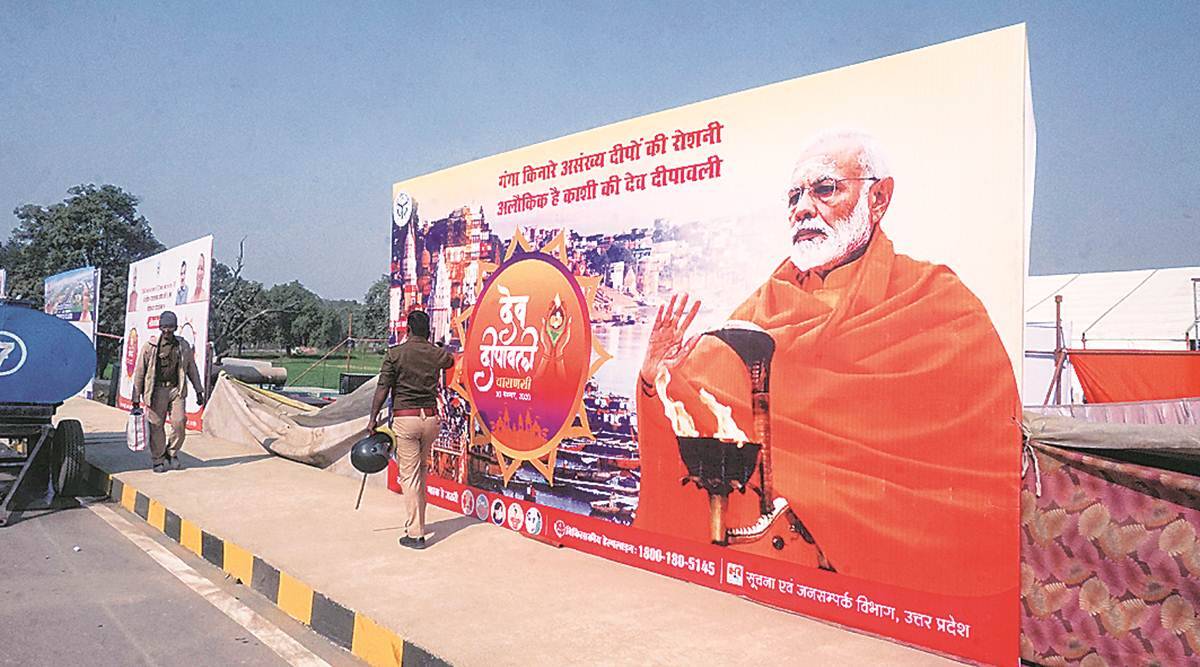 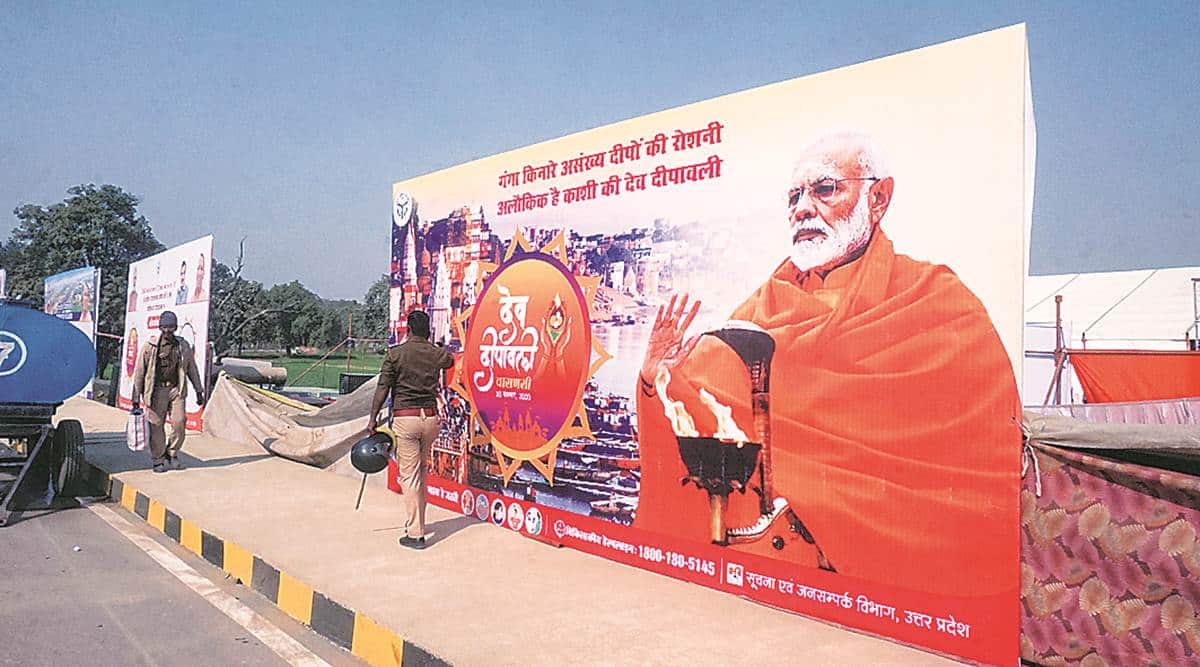 Security personnel review arrangements at the venue ahead of the PM’s visit, in Varanasi on Sunday. (PTI)

PRIME MINISTER Narendra Modi will attend the Dev Deepawali in his constituency Varanasi on Monday, and light the first diya – earthen lamp – at Rajghat. according to state officials. Arrangements have been made for more than 15 lakh diyas, up from 10 lakh last year, which will be lit across 80 ghats.

This is the first time the Prime Minister will be attending the Dev Deepawali, which is celebrated on the 15th day after Deepawali. According to officials, he will be accompanied by UP Governor Anandiben Patel and CM Yogi Adityanath, who has personally supervised the arrangements.

During his six-hour visit, the Prime Minister will watch a show based on the life of Gautam Buddha and another show based on a mythological theme. He is also expected to review the Kashi Vishwanath Dham Corridor project. He will also perform puja at Kashipuradhpati temple and will take a boat ride along the ghats of the Ganga. He will also address a public meeting in Khajuri and inaugurate a six-lane road from Rajatlab to Handia.

Varanasi to get back stolen Annapurna statue: Modi

Lucknow: Prime Minister Narendra Modi announced in his Mann ki Baat programme on Sunday that a statue of Goddess Annapurna, which was stolen from a temple in Varanasi in 1913, will be returned to the holy city soon.

The statue, which was smuggled out of the country, was recently brought back from Canada. Modi said Goddess Annapurna has a very special relation with Kashi and bringing back the statue is a happy occasion. He added that several of such invaluable items have brought back from foreign countries in recent years.  —ENS