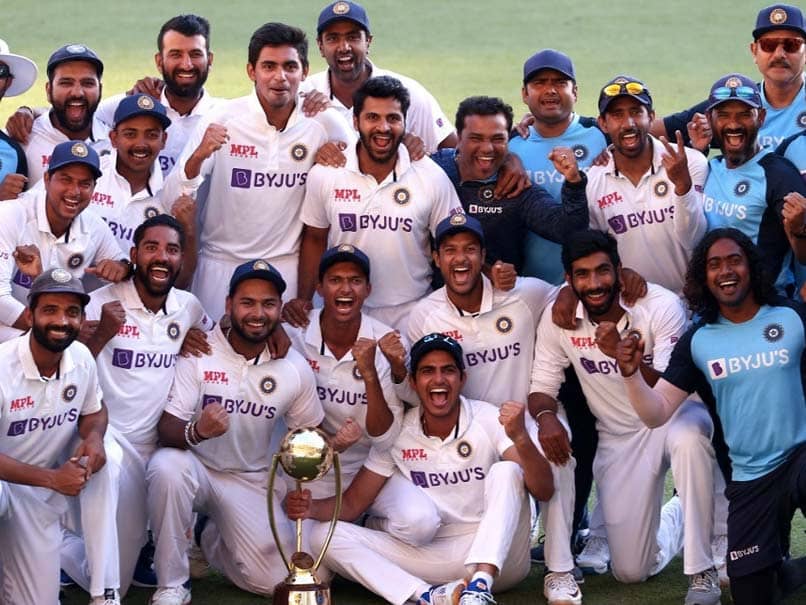 India beat Australia in a historic Test at the Gabba to claim a 2-1 series win in Australia.© AFP


Prime Minister Narendra Modi on Sunday hailed the Indian cricket team for their Test series win against Australia, saying that the team’s hard work and teamwork were inspiring. “This month, we got good news from the cricket pitch. After initial hiccups, the Indian team bounced back gloriously and won the series in Australia. Our team’s hard work and teamwork was inspiring,” PM Modi said during ‘Mann Ki Baat’. The Board of Control for Cricket in India (BCCI) thanked PM Modi for his appreciation and tweeted: “Thank you Shri @narendramodi ji for your appreciation and words of encouragement. #TeamIndia will do everything possible to keep the tricolour flying high. @imVkohli @ajinkyarahane88 @RaviShastriOfc @RishabhPant17 @Jaspritbumrah93 @ImRo45 @JayShah @SGanguly99 @ThakurArunS.”

On January 19, Australia’s fortress — The Gabba — was finally breached. It took 32 years and two months, but the unthinkable was achieved after an injury-ravaged young Indian team defeated Australia by three wickets against all odds in the fourth Test to win the series 2-1.

The last time a visiting team came out triumphant from the Brisbane Cricket Ground was back in November 1988 when the mighty West Indian outfit under the leadership of Viv Richards thrashed Allan Border’s team by 9 wickets.

India’s memorable win had also ensured that they topple Australia in the ICC Test Team Rankings to claim the second spot.

Now, all the focus has been shifted to the upcoming series against England. India and England are set to face off in four Tests, three ODIs, and five T20Is.

The first two games of the 4-game series will be played in Chennai before the cricketers move to Ahmedabad for the third and fourth Test.

England’s touring contingent arrived in Chennai on Wednesday and all the members are undergoing quarantine. Ben Stokes, Jofra Archer, and Rory Burns arrived earlier as the trio did not play the Test series against Sri Lanka. The first Test between England and India will begin on February 5 at Chennai.