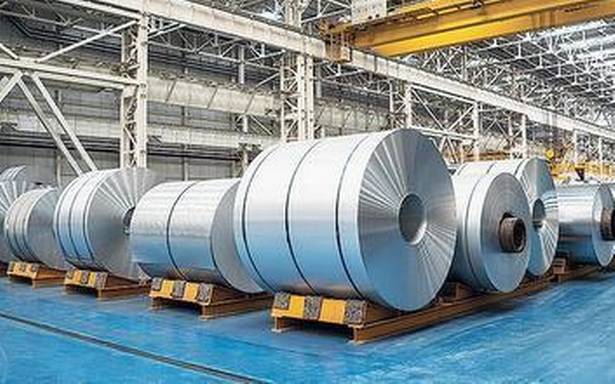 “PMO is monitoring steel prices every day. They have received lots of complaints,” Bandyopadhyay said at the virtual Indian Steel Markets Conference.

Domestic steel prices across product categories have risen by around 40 per cent, mainly in the October-January period. Minister for Road Transport & Highways Nitin Gadkari last month accused big players in the steel industry of cartelisation to hike prices artificially. The industry, however, argues that the sharp rise in steel prices in other countries shows that this is the work of market forces.

Domestic steel prices have fallen 6-8 per cent month-on-month in February, Bandyopadhyay said, adding that this correction is likely to continue. “Prices will definitely not sustain and come down this financial year.”

“If imports rise in the future, it may be difficult to retain the prices,” Bandyopadhyay said

Kicking off with a low production base in financial year 2021 due to Covid-19, the industry is expected to grow by about 9-10 per cent in the next financial year, he added.

“The MSME players who make products like utensils will have to shut down and become traders,” Sharma said.

The government’s target to raise India’s crude steel production to 300 million tonnes by the financial year 2031 is unachievable, he added.

“It will take the industry at least 13 years to reach that target, so it is not mathematically possible to achieve it in 2030,” Sharma said.

Additionally, the government needs to allow the industry to remain profitable so that it can undertake capital expenditure to raise the production capacity, he added. “Profit is not a bad word,” Sharma said. “We need to have profits to make investment.”