Home Entertainment Pokemon: Is This The End of Ash Ketchum? 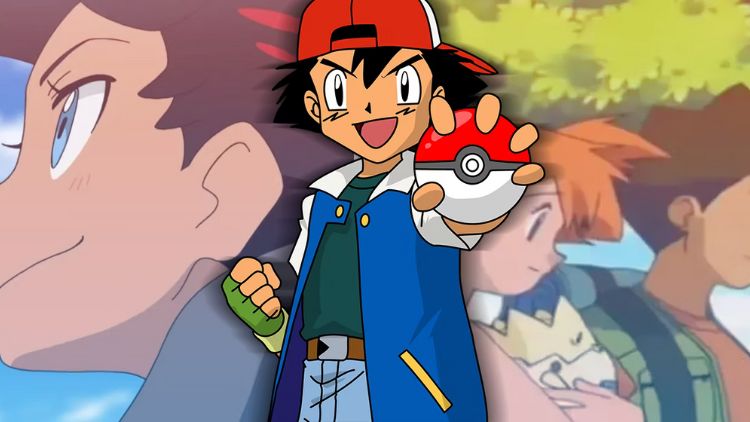 Ash Ketchum, hero, eternal 10 year old, champion. From the community punching bag to one of the franchise’s most loved characters. Regardless of your thoughts on Ash, he is equally as iconic as the Pokemon brand itself. So with Ash’s journey reaching its highest stakes yet in 2022, what are the chances that this could be his send-off season?

Pokemon Scarlet & Violet are revealed with a late 2022 release date. Hence, it’s fair to say that we’re approaching our final 30 episodes of the current Pokemon anime series, maybe even fewer. For those who haven’t kept up with the current anime, here’s what happened in a nutshell. After Ash finally became a league champion in Alola, he decided to travel the world and enter the Pokemon Coronation Series also known as the World Championships in the subs. Here Ash is taking on strong foes ranging from gym leaders such as Bea and Korrina, to past rivals like Alain to champions like Iris and Cynthia. And it is heavily foreshadowed that Ash will face Leon in the finals in the latest opening of the anime and throughout the show.

What will even be left for Ash to accomplish after this tournament ends?

Regardless of the outcome if Ash wins, he literally has nobody left above him. He may not classify himself as a Pokemon master yet but how would they possibly form a story around the unbeatable Ash Ketchum? Now sure if he comes back next gen he’ll more than likely leave his current powerful team behind in favor of new or untrained Pokemon to level the playing field a bit. But it wouldn’t make sense for him to go through the struggles of a normal anime protagonist again in the next series if he’s anywhere close to world champ. And if Ash loses this battle against Leon, then he’s still the second best trainer in the world. It’s not like he’s going to rematch Leon in gen 9 because Leon probably won’t be relevant anymore. There’s always a chance that they could introduce a character even more powerful than Leon. Maybe Ash’s father finally comes back into the fray or  Tobias comes back.

Focusing on this series though, narratively speaking, it makes sense for Ash to win against Leon. Become world champion so that Ash may be replaced at the end of this series.

We know they’ve kept the concept of being a Pokemon master intentionally vague. It’s so that Ash could still hypothetically do more stuff even after becoming the greatest trainer. Technically he’s never said that being the greatest trainer makes you a Pokemon master. In this series itself Ash has already stated that beating Leon would only be a stepping stone towards this larger goal. But does anyone really expect him to go back to the old gym challenge after being crowned world champ? Ash may say that he’s not done yet but there’s a limit to what else they can show us and still have it be compelling.

This year, Ash or Satoshi’s Japanese voice actress, Rika Matsumoto will be 54 years old. She’s not only a voice actress, she’s an incredible singer and performer as well. She actually co-performed the opening song of the anime. She could retire any day now if she wanted to. In Japan, characters are more tied to their voice actors than in most other cultures. It’s not like in the west where we can simply replace Ash’s voice actress in the event of a studio switch or another unforeseen event.

Rika Matsumoto is Satoshi. If she feels content to walk away from the role in the series ends. You cannot easily replace her like you could with many other voice actors. Rika also used to play a ton of characters back in the day. But for the past 8 years or so she’s almost exclusively been playing Satoshi. 54 is far from what a lot of us would consider retirement age, but it certainly seems like she’s not far from exiting the industry altogether.

All of this is just speculation. But if they were ever going to  end Ash Ketchum’s journey, now might be their golden opportunity given the circumstances. So what do you think, is Ash Ketchum going to outlive all of us, or will he finally be given a satisfying conclusion to his 25 year long journey and get to rest alongside many of the other great protagonists of anime?