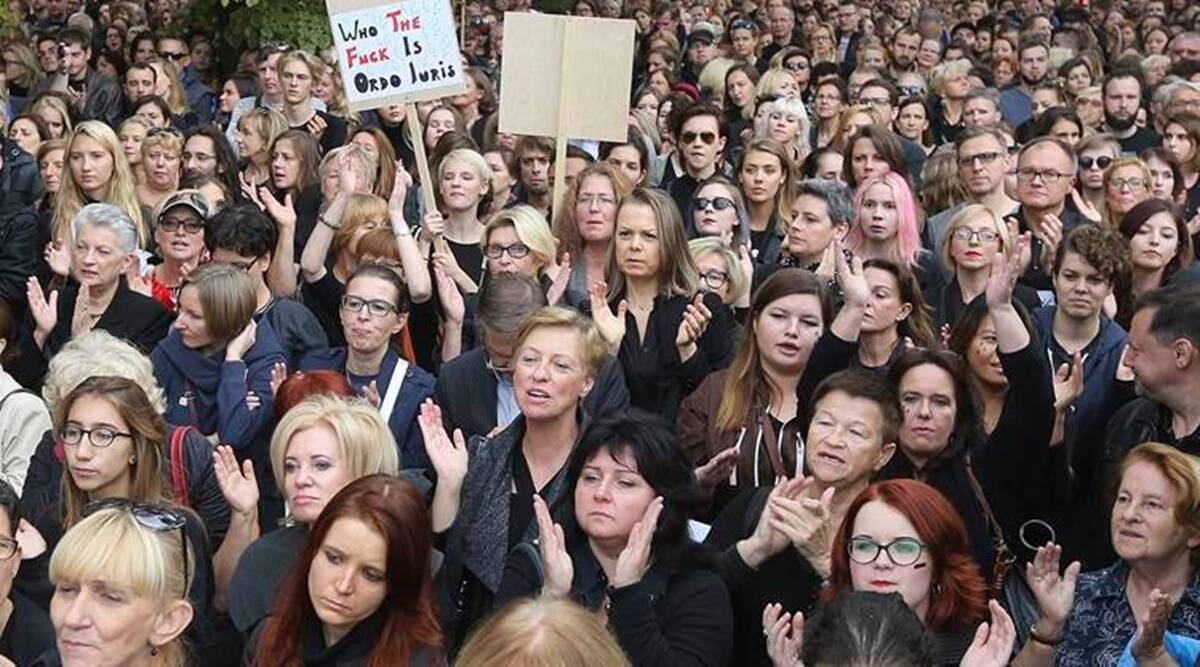 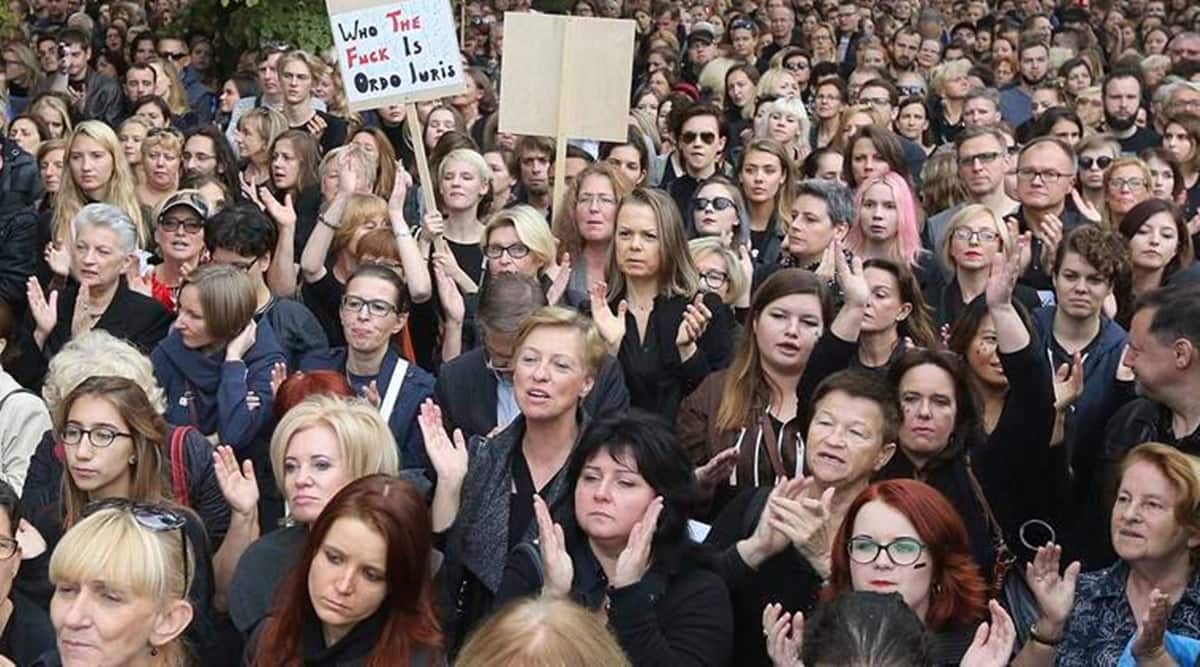 It was the latest of a series of demonstrations that have sprung up in Poland after a high court ruled to tighten the country’s already restrictive abortion law in late October. (Image/AP)

Hundreds gathered in Warsaw at an anti-government protest on Sunday, led by the Nationwide Women’s Strike group.

It was the latest of a series of demonstrations that have sprung up in Poland after a high court ruled to tighten the country’s already restrictive abortion law in late October.

Sunday’s protest was set to coincide with the 39th anniversary of the 1981 martial law crackdown by Poland’s then Communist regime, as many accuse the government of looking and more like the authoritarian regime of that era.

“Governing party PiS is conducting a war with the entire world: with the youth, with teachers, doctors, entrepreneurs, public sector employees, with Europe. Without introducing a state of emergency, they have in fact introduced martial law,” organizers wrote on social media prior to the march.

Entrepreneurs and business owners joined the anti-government demonstrators, turning out in frustration at the government’s handling of the coronavirus pandemic and the restrictions it has imposed.

The march began at a central intersection and protesters soon headed to the home of Jaroslaw Kaczynski, the head of the ruling Law and Justice (PiS) party, who is seen as the country’s de facto leader, even though he is only a deputy prime minister.

Police repeatedly called on the crowd to disperse, as anti-riot units blocked the protesters, forcing them to take another route along the Vistula River to reach Kaczynski’s home in the northern Zoliborz district.

However, Kaczynski’s apartment building was surrounded by hundreds of police officers in riot gear, preventing the protesters from getting near the property.