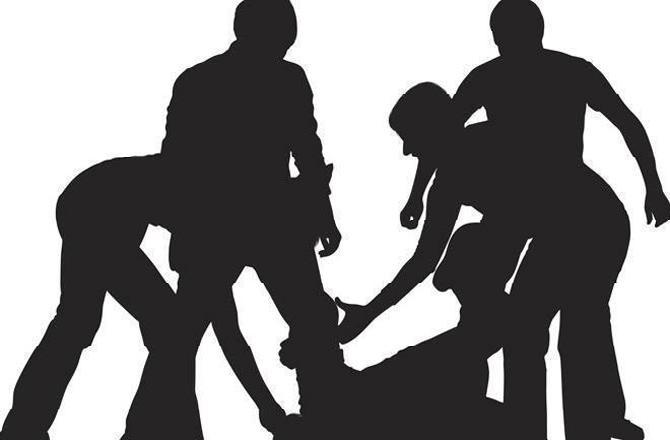 A shocking video clip of a group of policemen mercilessly beating up a man in the newly inaugurated Atal Tunnel beneath the Rohtang Pass near here in Himachal Pradesh went viral on Sunday.

The police admitted that the incident involving the tourist and policemen was a result of an overtaking incident amid a massive traffic snarl in the tunnel on Saturday. The video was shot by a passerby.

In the clip, a constable can be seen beating the man with a stick. Many bystanders watch but no one intervenes. Another policeman joins in towards the end of the clip and beats the man again by kicking him on the face and slapping him.

Among the six security personnel involved, one allegedly belonged to the Border Roads Organisation.

Twitter users who shared the video clip expressed shock over the “inhuman” treatment of the tourist by the policemen involved.

Earlier, a case of hooliganism had come to light when a group of youngsters from Delhi stopped their three vehicles midway in the Atal Tunnel, a new tourist attraction where parking vehicle inside is an offence, and started clicking photographs, recording videos and dancing. This led to obstruction of traffic inside the tunnel.

The 9.2-km horseshoe-shaped single-tube, two-laned tunnel has shortened the distance between Manali and Keylong, the headquarters of Lahaul-Spiti, by 46 km and travel time by nearly three hours.