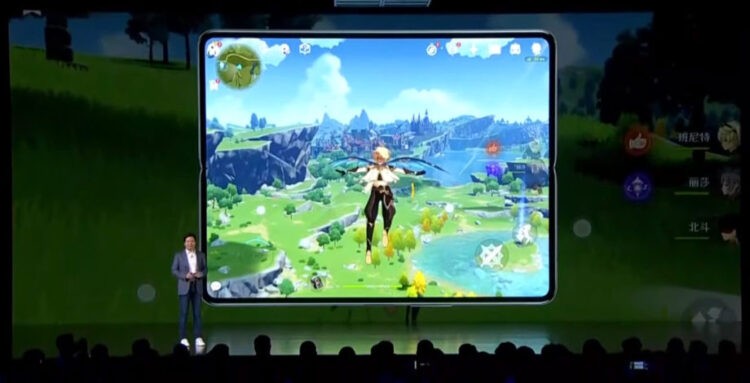 Foldable phones aren’t going anywhere. This week, Xiaomi finally unveiled the latest addition to its Mi Mix line and its first commercially available foldable phone. The Mi Mix Fold is only available in China for now, but it hopefully won’t be Xiaomi’s only foldable for 2021.

The Xiaomi Mi Mix Fold packs a design reminiscent of the Samsung Galaxy Z Fold 2. It wears an 8-inch display on its interior and a 6.52-inch panel on its exterior complete with a 90Hz refresh rate. Internals consist of the Snapdragon 888 SoC, 5,020mAh of juice from two batteries, Xiaomi’s homemade Surge C1 imaging processor, and up to 16GB of RAM and 512GB of storage.

Its imaging arsenal includes a 108MP rear camera, a 13MP ultra-wide shooter, and an 8MP camera with a liquid lens. The latter lets it shoot macros and up to 3x telephoto snaps.

That’s a pretty impressive loadout for a foldable, but the Mi Mix Fold arguably isn’t as ambitious as previous Mi Mix models. Even more curious is that it still runs on Android 10. While Xiaomi told us the foldable won’t be available outside China, it would likely cost a pretty penny if it ever does get released globally.

So, with the pros and cons listed, what are your thoughts about the Xiaomi Mi Mix Fold? Is it hot or not? Be sure to vote in our poll above, and if your feelings are more nuanced, be sure to drop a comment down below.