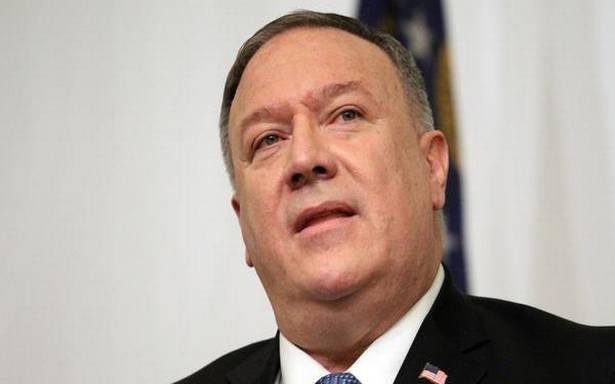 Sanctions are not intended to weaken military power, says the U.S. diplomat

Top U.S. diplomat Mike Pompeo has assured his Turkish counterpart that American sanctions imposed on Ankara for its acquisition of a Russian missile defense system were not intended to weaken the country’s military capabilities.

Mr. Pompeo spoke this week with Mevlut Cavusoglu and stressed that the “goal of the sanctions is to prevent Russia from receiving substantial revenue, access, and influence”, State Department spokesperson Cale Brown said on Thursday.

The sanctions imposed over the S-400 system “are not intended to undermine the military capabilities or combat readiness of Turkey or any other U.S. Ally or partner”, Mr. Brown said in a statement.

Mr. Pompeo also “urged Turkey to resolve the S-400 issue in a manner consistent with our decades-long history of defense-sector cooperation and to re-commit itself to its NATO obligations to purchase NATO-interoperable weaponry”.

Washington on Monday made good on threats to punish Turkey for buying the major Russian missile defense system, imposing rare sanctions against a NATO ally.

It specifically targeted Turkey’s military procurement agency, banning all U.S. export licenses and loan credits for the agency, and said it would not allow its president to travel or hold assets in the United States.

“What kind of an alliance is this?” Mr. Erdogan asked during a televised speech in Ankara. “This decision is an open attack on our sovereignty,” he said.