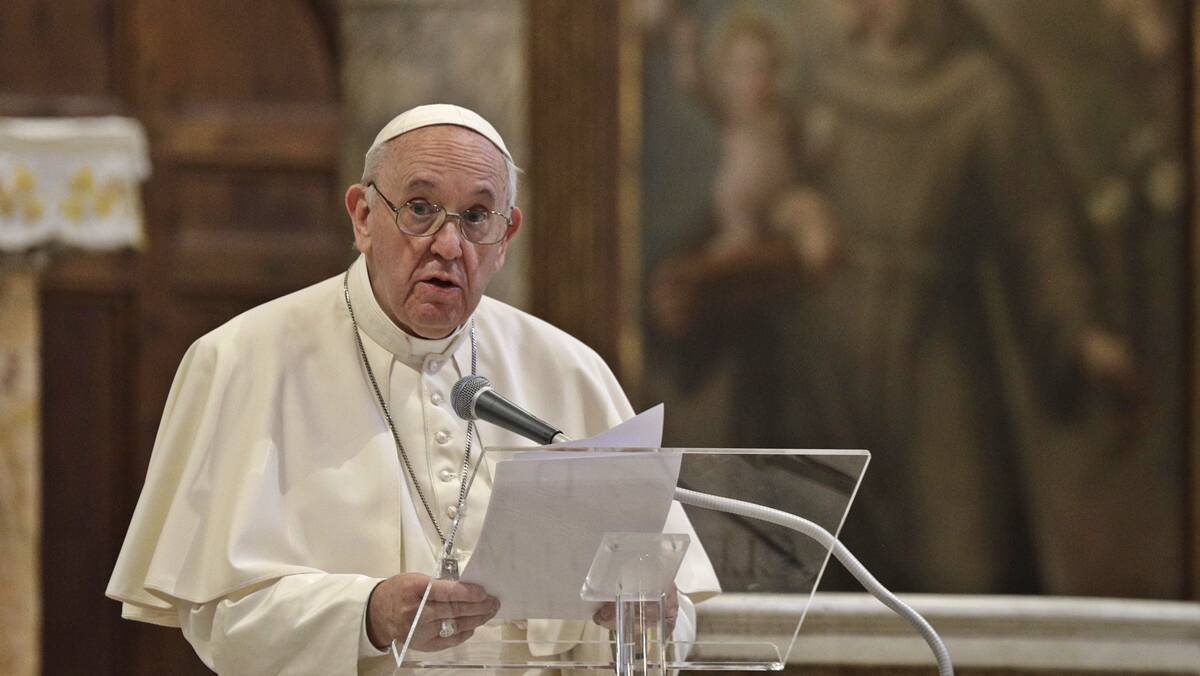 Iraq’s top Catholic official said Thursday that a deadly suicide bombing in Baghdad hasn’t thwarted Pope Francis’ plans to visit, and he confirmed the pontiff would meet with the country’s top Shiite cleric, Ali al-Sistani, in a significant highlight of the first-ever papal trip to Iraq.

The Chaldean patriarch, Cardinal Louis Raphael Sako, provided the first details of Francis’ March 5-8 itinerary during a virtual press conference hosted by the French bishops’ conference. The Vatican has confirmed the visit, but it still could be called off given the coronavirus pandemic.

The trip is aimed primarily at encouraging the country’s beleaguered Christians, who faced decades of discrimination by the Muslim majority before being targeted relentlessly by Islamic State militants starting in 2014.

But the first visit by a pope to Iraq also has a strong interfaith component. Francis is scheduled to travel to Najaf on March 6 to meet with al-Sistani, one of the world’s leading Shiite leaders, and to host an interfaith meeting that same day in the ancient city of Ur, the birthplace of the prophet Abraham, according to Sako.

Francis has spent years trying to forge improved relations with Muslims. He signed a historic document on human fraternity in 2019 with a prominent Sunni leader, Sheikh Ahmed el-Tayeb, the grand imam of Al-Azhar, the seat of Sunni learning in Cairo.

Brother Amir Jaje, an Iraqi Dominican who is an expert on Shiite relations, said he hoped Sistani would also sign onto the fraternity document, which calls for Christians and Muslims to work together for peace.

Francis’ meeting with Sistani will be enormously symbolic for Iraqis, especially its Christians, for whom the encounter will mark a turning point in their country’s often fraught interfaith relations.

Christian communities that date to the time of Christ were run over by IS militants, and thousands of people were forced to flee in search of safety and a better life. The Vatican has called for Iraqi authorities and the international community to provide the security, economic and social conditions to allow them to return, arguing that Christians are a small but crucial part of Iraqi society.

The meeting’s implicit message of coexistence would resonate among members of the Christian minority, who have expressed fears of demographic change following liberation from the Islamic State. Most blame militia groups for erecting checkpoints near their villages and homes, deterring many from returning.

Sistani is a powerful religious figure whose opinion holds sway over the predominately Shiite street. He rarely intervenes in political affairs, but his 2014 fatwa was instrumental in the creation of Shiite militia groups who fought the Islamic State alongside Iraqi forces. In 2019, his sermon led to the resignation of Prime Minister Adil Abdul-Mahdi amid pressure from anti-government protests.

The Vatican has confirmed Francis’ intention to go to Iraq and made all the pre-trip arrangements, including sending front teams to Iraq to work out logistics and security, and accrediting media to travel on the papal plane.

A rare twin suicide bombing last week, however, has sparked

. The attack struck a busy Baghdad commercial center, killing 32 and wounding over 100. It was the deadliest attack to strike the capital in years.

Sako dismissed the significance of the bombing on the overall security situation in Iraq and said, “There is no risk for the pope.“

However, the coronavirus pandemic could force the trip to be suspended at any minute.

“The risk is not for him, it’s for others,” Jaje said, noting that while Iraq’s daily confirmed caseload is far lower than in European countries, it’s testing capacity is also lower. Francis and the Vatican delegation will have been vaccinated by the time of the trip.