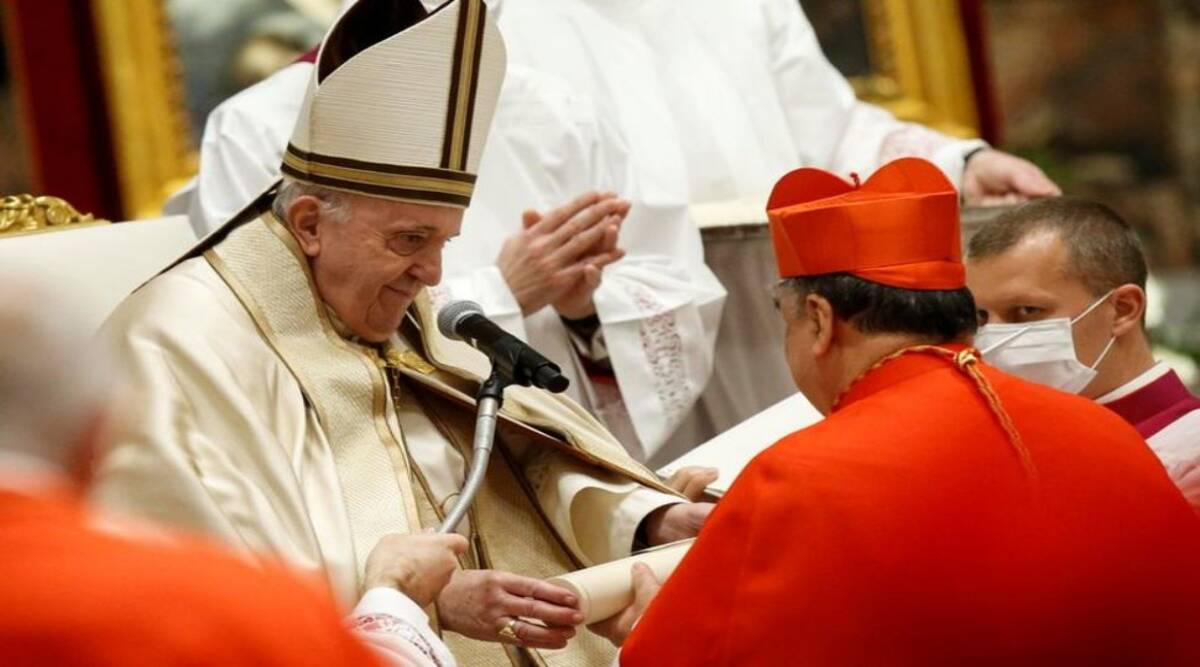 
Felipe Arizmendi of Mexico receives his biretta as he is appointed cardinal by Pope Francis, during a consistory ceremony at St. Peter’s Basilica at the Vatican, November 28, 2020. (Fabio Frustaci/REUTERS)

Among the new cardinals formally installed by Pope Francis on Saturday is an outspoken Mexican cleric who has spent decades ministering to the mostly poor, indigenous communities near the country’s southern border with Guatemala.

Felipe Arizmendi, known for progressive views on indigenous rights and migrants as well as a staunchly conservative stance on sexuality, was presented with the ring and scarlet red biretta of the so-called princes of the Catholic church at a scaled-down ceremony at the Vatican due to pandemic precautions.

One of 13 prelates to receive the honorific on Saturday, Arizmendi has served as a bishop in the southern state of Chiapas since the early 1990s, just before the launch of the indigenous uprising led by the Zapatista National Liberation Army, which had issued a declaration of war against the government citing a long history of oppression.

In the years since, Arizmendi has lauded the Zapatista movement’s demands for justice, in addition to his embrace of Central American migrants who have for years traveled through southern Mexico on their way to the United States.

The 80-year-old Arizmendi, author of more than 30 books and a regular newspaper columnist, is just past the cut-off age to be able to vote in future papal conclaves, where new popes are elected.

Over the past decade, he has also railed against what he described as the spread of “homosexualism” from cities to rural areas.

While earlier this year he bemoaned “too much debauchery” in a column otherwise dedicated to arguing that it is wrong to see the coronavirus pandemic as divine punishment.

Several of the new set of cardinals announced last month but installed on Saturday come from the developing world, including the African nation of Rwanda and Asia’s Brunei, as Pope Francis continues to remake a more inclusive Church leadership with more prelates from outside Europe.The most high-profile new cardinal is Wilton Gregory, the 72-year-old archbishop of Washington D.C. and first-ever African American selected.

While Europe still has the largest share of cardinals under the age of 80 with 41%, that is down from 52% in 2013 when Francis became the first Latin American pope.