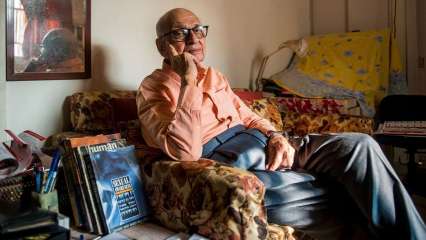 In a country where talking about sex is still considered a taboo, Dr Mahinder Watsa both informed and entertained readers through his popular columns on sex in a newspaper. Dr Watsa passed away at the age of 96 today (December 28).

Known as Mumbai’s most popular sexpert, Dr Watsa became famous with his column ‘Ask the Sexpert’ for the Mumbai Mirror and developed a following among readers.

“Dad was a man of many dimensions. He lived a glorious life and on his terms. Today, we would like to celebrate his life as he has passed on to join his beloved Promila. He won innumerable accolades in his life and played several roles as a counsellor, guide, mentor, and many more,” said a statement released by Dr Watsa’s family.

Dr Watsa started his career as a columnist in the 1960s when he wrote for a medical advice column in a women’s magazine. The doctor continued writing about health in several other women’s magazines in the next decade until an editor resisted and tried to censor questions on sexual health.

Dr Watsa proposed a sexual counselling and education programme while working as a consultant with the Family Planning Association of India (FPAI). The FPAI did start the first such programme in the country in 1974.

Dr Watsa left his full-time career later sometime in the 1980s to put his entire focus on education and counselling.

Dr Watsa was known for his wit in all the replies he would give to a range of queries received and write informative and funny columns. Many social media users and long-time readers from Mumbai and elsewhere expressed their sorrow on his passing on Twitter.