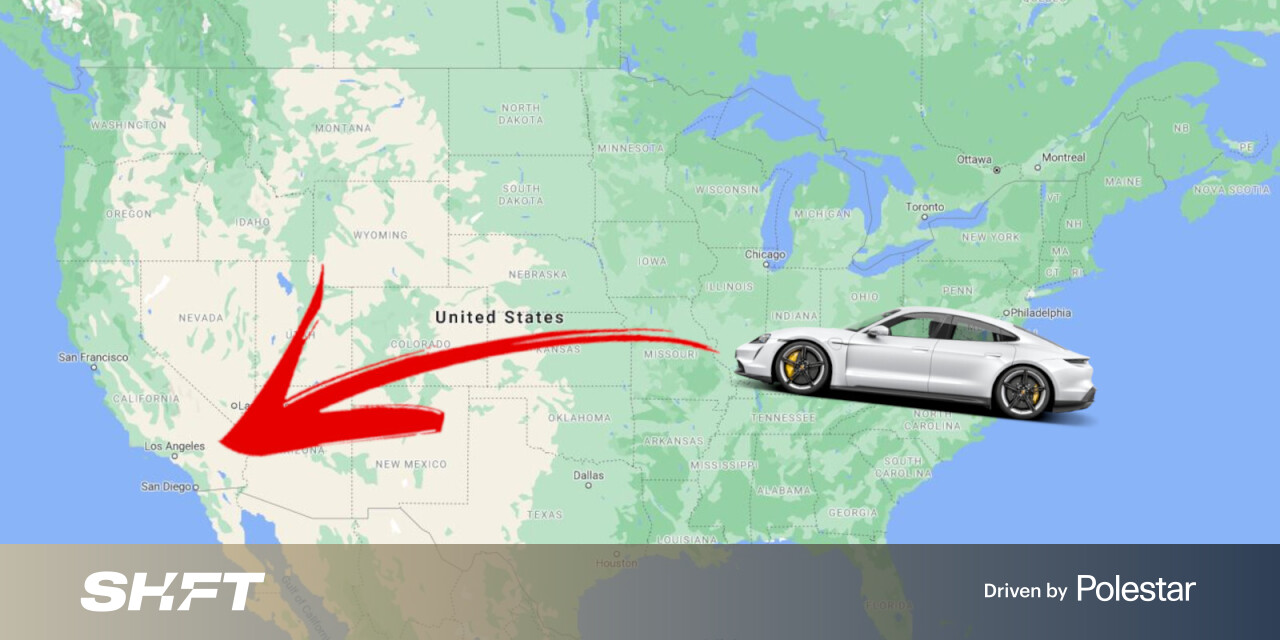 On December 31, 2020, a bunch of EV aficionados set a new EV record for a Cannonball Run in a Porsche Taycan 4S. The group beat the previous record, held by a Tesla Model 3 Long Range, by 51 minutes.

The Cannonball Run is a fabled and illegitimate cross-country road trip-race combo that sees drivers attempt to get from New York to Los Angeles as quickly as possible.

It was first developed to protest the growing number of speed limits being applied to US roads. With road safety being more important than ever, the concept is outdated and not something anyone should condone anymore.

[Read: Meet the 4 scale-ups using data to save the planet]

It might not sound like a massive achievement; the combustion record is well under 30 hours and the Porsche is a fast car after all. But the Tesla has the advantage of a robust and plentiful Supercharger network, and a longer range between charges.

To dethrone the Tesla, drivers of the Taycan took advantage of Electrify America’s charging network. When working at its best, the network’s chargers can deliver up to 350 kW to the Porsche making it the fastest charging EV on the planet.

In optimal conditions, Porsche says this is enough to add 100 km (62 miles) of range in just five minutes.

Check out the time-lapse video below from Out of Spec Motoring to see how it went. A full road trip report is on the way, so keep your eyes peeled for a more detailed look at what it takes to get across the US in two days in an EV.

It goes without saying, we don’t condone the lawbreaking components of this record-breaking attempt. However, it should give plenty of food for thought to those that say it’s impossible because infrastructure isn’t good enough.