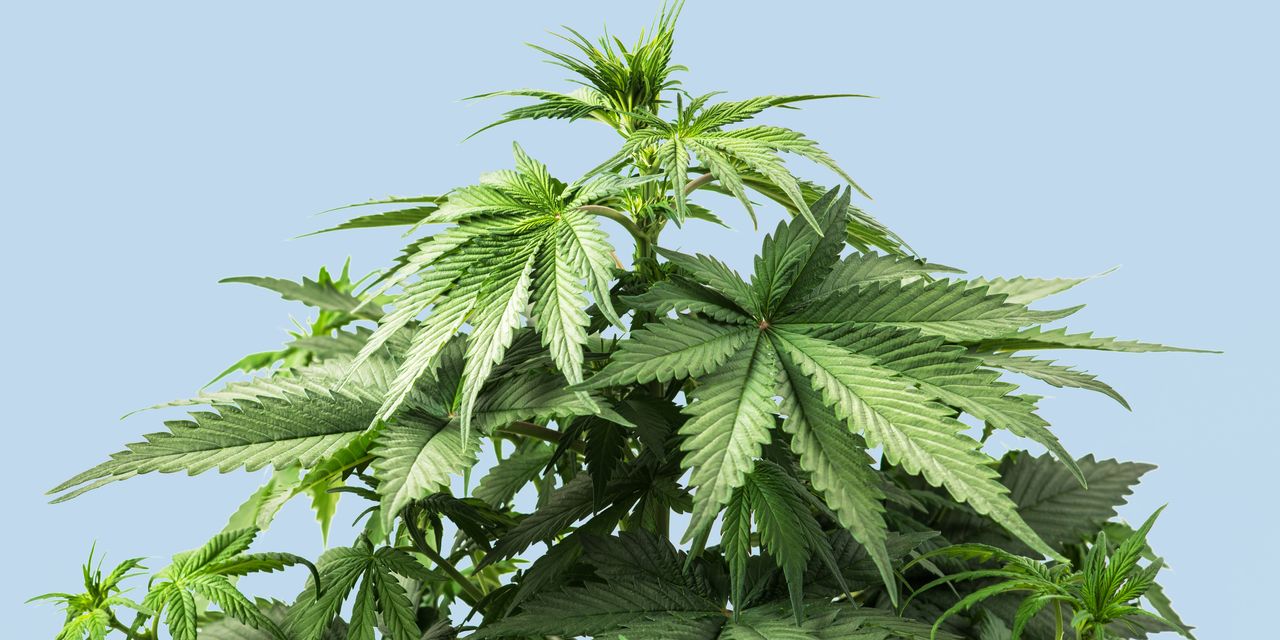 “We believe a lot of this can be attributed to retail investors deciding to look for GME type opportunities in cannabis,” he wrote. “Also, MSOs are less liquid and trade OTC, while the Canadians are listed in US exchanges.”

Marijuana stocks have been on a roll for months.

(MJ), an exchange-traded fund with exposure to cannabis firms, has risen in seven of the past eight days, including three straight days of gains that brought it 42% higher. It’s up 131% year to date, according to Dow Jones Market Data. That includes a15% pop on Wednesday to $33.21—its highest close since May 2019.

Here are some of the factors moving pot stocks.

Reddit’s hunt for the next big play. For the past couple of weeks, the most-popular posts on the WallStreetBets forum were mostly related to the moves in their favorite out-of-favor stocks, namely GameStop (GME). While some reports tied posts on the forum to a move in silver futures, several highly upvoted posts pushed back against that narrative. At the time, GameStop was still the focus.

But not on Wednesday. A website that tracks stock ticker mentions on the forum found

was the most popular Wednesday, pushing GameStop to the No. 2 slot. Aphria and Tilray were the third and fourth most-mentioned tickers.

A shifting political landscape. The recent rally in cannabis stocks was kicked off around the 2020 election. Allowing or expanding legal marijuana was on the ballot in a handful of states, all of which won. President
Joe Biden
‘s victory also helped. Biden has said he supports cannabis decriminalization.

Commitments from prominent lawmakers. Democratic control of Congress and the White House is one thing. But cannabis legislation will need to compete with other priorities, like Covid-19 relief, health-care reform, and corporate tax increases.

Wyden told Yahoo! Finance on Tuesday that he thinks Republicans are “trying to reconcile some of the views that they’ve long had” with the fact that cannabis is popular with voters. Republican
Rep. Matt Gaetz
of Florida touted voter support when he co-sponsored a marijuana decriminalization bill.

Stifel GMP analyst Andrew Partheniou said the announcement “further reinforces our thesis of the appealing investment opportunity present in the US cannabis industry.”

“It seems that institutional investors are finding pathways to access the US cannabis opportunity despite US operators’ shares being traded on the CSE and US OTC markets with relatively limited liquidity,” he wrote. “In addition, it seems the perceived risk profile stemming from the conflict between federal and state laws, which has also narrowed the availability of custodians that deal in the industry, has not deterred investor enthusiasm.”

Cannabis deals heating up. One reason Canadian pot stocks stumbled in the year following the rollout of legal sales was a mix of inflated expectations, limited stores, and lots of competition in the space. Meanwhile, in the U.S., the largest cannabis firm, Curaleaf, has about an 8% market share, according to Zuanic.

Such a crowded field has led to speculation about consolidation. In December, Aphria and Tilray’s merger announcement set the stage to create the largest company that sells marijuana, sending both stocks higher. Aphria said earlier this year it expects the merger to close in the first half of the year. On Tuesday, Tilray announced a deal with Grow Pharma to import and distribute medical pot in the United Kingdom.

“As demand continues to ramp up in the U.K., Tilray is well-positioned to be a leading supplier of medical cannabis products,” Sascha Mielcarek, Tilray’s managing director in Europe, said in a news release. “Regulations are progressing as more and more countries across Europe are recognizing the benefits of medical cannabis and its potential to improve patients’ quality of life.”