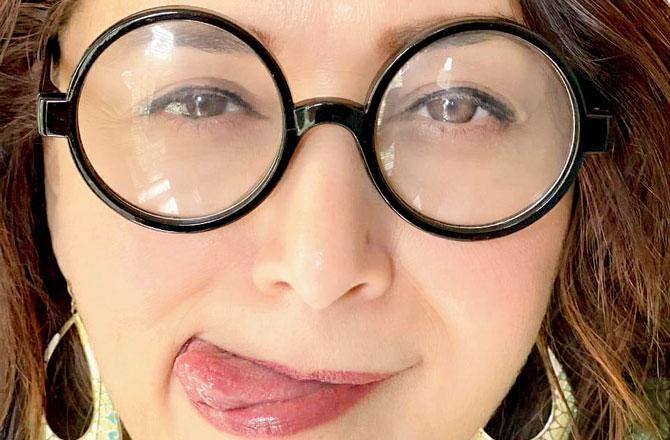 A marathon-viewing of Harry Potter films seems to have cast a spell on Madhuri Dixit-Nene. She was in a mood to goof around. “Goofing around after a Harry Potter film marathon. Expecto Patronum. #Potterhead,” she posted with a photograph in the trademark Potter glasses.

Madhuri often shares glimpses of her family time on Instagram. Earlier, she had shared how she and her husband Dr. Sriram Nene cooked Kande Pohe, a Maharashtrian dish.

On the work front, Madhuri Dixit has reunited with her 1995’s Raja co-star Sanjay Kapoor for the Netflix series, tentatively titled Actress. While the Karan Johar-backed show revolves primarily around a superstar who vanishes without a trace, it is heard that Kapoor plays a prominent role in the suspense drama.

“I have been shooting in Nashik since October 25 and will wrap up my portion by the first week of December. The show has an interesting premise. The year 2020 has been upsetting, but I have always been a positive person and I am happy to be back on the set,” said Kapoor, refusing to divulge further details about his role.

Last year, Madhuri had made her debut as a producer with the Marathi film 15 August. She followed it up with a second Marathi production, Panchak. She was last seen in 2019 film Kalank. She also featured as a judge on reality TV show Dance Deewane.