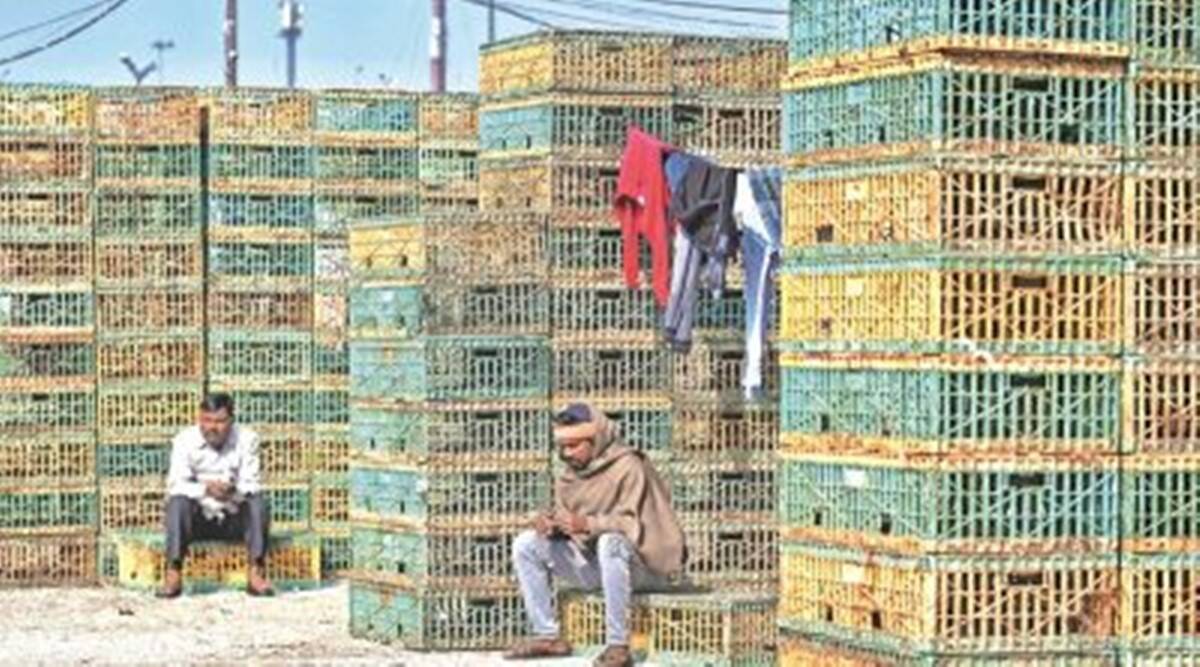 During an avian flu epidemic in 2006, 10 lakh chickens were culled and 14 lakh eggs destroyed. It caused a massive blow to Navapur’s poultry farm owners. The family of Sheesh Timol (32) was among the very few poultry farm owners in Navapur that endured the flu and managed to resume operations while many others were forced to shut businesses.

On Tuesday, however, Timol while watching over the culling of birds in his poultry farm said 15 years of hard work that poultry farmers like him had put in reviving Navapur’s poultry industry was destroyed in a week.

Located 340km north of Mumbai, Navapur in Nandurbar district has over the past three days seen culling of 2.21 lakh birds after cases of avian influenza or bird flu were confirmed in the eight layer-poultry farms in the region.

He recalled the flu’s outbreak in 2006, stating that it completely destroyed his family business then. “I was in college. I remember that in 2006 there were 40,000 birds in our poultry farm. After culling the birds, we ran our family by selling the buffalo milk and resumed the poultry farm by taking a bank loan a few years later. We still have the bank loan in crores,” recalled Timol, adding that the banks will not waive off the interest on loan due to bird flu.

In 2006, there were over 70 poultry farms in Navapur. Only 27 farms have survived following the epidemic. These farms have a total 9.71 lakh hens in total. Of these, 16 farms fall under the infected zone which is in 1km radius of a poultry farm that has been tested positive for bird flu. Total 4.9 lakh hens are there in these 16 farms.

At present, the government is offering compensation of Rs 90 per chicken culled, Rs 3 per egg destroyed and Rs 12 per kg of feed. Poultry farm owners said this is not enough and it will not help revive the industry.

Arif Balesaria of Vaseem poultry farm and president of the Navapur Poultry Association said, “We have requested the government not to destroy the raw material such as maze, wheat, jowar etc as they are stored in godowns away from farm sheds. The authorities should seal the godwons and carry out fumigation. They can allow us to use the materials after 3-4 months when the businesses restart. Saving the raw materials will not only reduce the government’s financial burden to provide compensation but will also provide huge relief to the poultry farmers.”

Government sources said the compensation, which is being offered to the poultry farmers, was last revised in 2013 and there has been no further revision in it since then. The Centre and the state equally contribute to the compensation which is given to the farmers, the sources added.

Sachindra Pratap Singh, commissioner of animal husbandry department, said: “The issue of increasing the compensation has been taken up with the Centre. We will also discuss the issue of destroying grains with them. Then the final decision will be taken.”

Not just the poultry farmers, the outbreak of the bird flu will also have a major impact on the livelihood of 1,100 labourers and 100 supervisors engaged in the industry. Many of them have lost their jobs with birds being culled and farms shut for next three months as per the government’s guidelines to tackle the outbreak. Besides, thousands of others, engaged in indirect employment such as removing manures, vaccination and transportation, will also bear the brunt of the situation.

Sitaben Patel (40), who works at Sholy poultry farm in Navapur, termed the outbreak more dangerous than Covid-19. “During the lockdown, I was working at the poultry farm without any pay cut as this work cannot be done from home. If we are rendered jobless, how will we survive?” asked Sitaben who has been working at the farm for more than 10 years.

Ismail Yusuf Sheth (28), supervisor of Sholy poultry farm, said: “My father used to run a poultry farm with 12,000 birds but all of them were culled in 2006 following the outbreak of bird flu. Due to the bank loan, the farm was sold and the loan was settled. I have been working as a supervisor here for the past five years. My family is heavily dependent on this industry and any impact on it will destroy our lives again.”