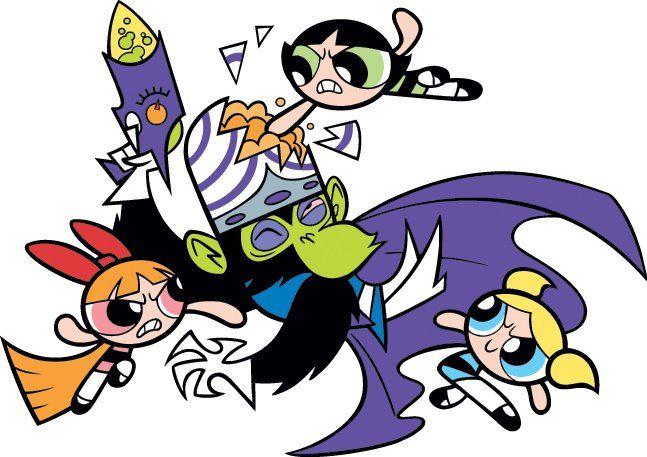 With every superhero property getting the live-action treatment these days, it was only a matter of time before Blossom, Buttercup, and Bubbles joined in. According to a report coming from Variety, the CW is developing a live-action The Powerpuff Girls series. But there’s a twist to these animated favorites this time. The series will focus on the girls not as little kids, but as disaffected adults. The series is being developed by the unlikely pairing of Diablo Cody and Greg Berlanti. And according to The Hollywood Reporter they have their cast for the pilot: Dove Cameron will play Bubbles Utonium, Chloe Bennet will play Blossom Utonium, and Yana Perrault joins as Buttercup Utonium.

And Entertainment Weekly reported on March 30 that Donald Faison will play their father, Professor Drake Utonium.

His official character description states: “Quirky, debonair, and a pinch narcissistic, Professor Drake is a scientific genius who is immensely proud of the three extraordinary girls he created in his lab. Staring down a midlife crisis, he is determined to repair his relationships with his now-adult daughters.”

According to the original report, the new show will see the heroes of as “disillusioned twenty-somethings who resent having lost their childhood to crime fighting.” Will they agree to reunite now that the world needs them more than ever? Well, they’d better, or there’s not going to be much of a show! It’s unknown at this point just how much the show will adhere to the formula and characters of the classic cartoon. It’s hard to imagine a live-action version of Mojo Jojo, for example.

In the original cartoon show, Professor Utonium accidentally created his super powered team of kids. This occurred when he used his own “Chemical X” and combined it with “sugar, spice, and everything nice.” Suddenly, he had three crime fighting kids on his hands. The original Powerpuff Girls series was a sensation for Cartoon Network when it first aired from 1998-2005. It returned in a rebooted form on Cartoon Network in 2016. That version featured slightly redesigned characters, and ran for three seasons.

Diablo Cody gained accolades for films like Juno and Jennifer’s Body. But she has worked in television before, with her series The United States of Tara for Showtime. The Powerpuff Girls series secured a pilot (written by Cody and Heather Regnier). If it continues, it would mark Greg Berlanti’s fifteenth comic book series on the air overall. While many might scoff at the idea of a PPG live-action series, this combo of creators has us at least interested.