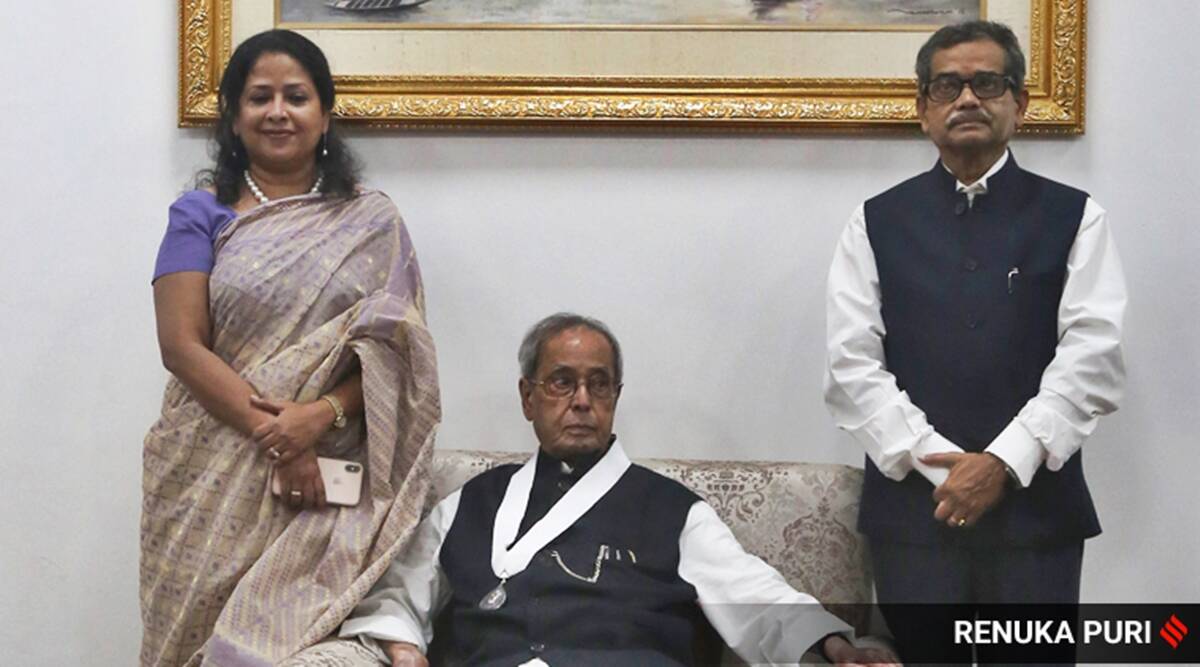 
The former president and long-time Congress leader died on August 31 at the age of 84, following COVID-19 complications.(Express Photo by Renuka Puri)

A book, “The Presidential Years“, by late former president Pranab Mukherjee, to be released in January next year, saw wrangling between his son Abhijit Mukherjee and daughter Sharmishtha Mukherjee, both members of the Congress party.

While Abhijeet, in a tweet, requested the publisher–Rupa–to stop publication of the memoir as well as “motivated excerpts” without his written consent, Mukherjee’s daughter, on the other hand, requested his brother not to create “unnecessary hurdles”.

“I, the Son of the author of the Memoir The Presidential Memoirs request you to kindly stop the publication of the memoir as well as motivated excerpts which is already floating in certain media platforms without my written consent,” Abhijit, a former Congress MP, said in a tweet.

@kapish_mehra @Rupa_Books
I , the Son of the author of the Memoir ” The Presidential Memoirs ” request you to kindly stop the publication of the memoir as well as motivated excerpts which is already floating in certain media platforms without my written consent .1/3

“Since my father is no more, I being his son want to go through the contents of the final copy of the book before it’s publication as I believe, had my father been alive today, he too would have done the same,” he tweeted. Being the son, Abhijit said he requested the publishers to immediately stop the publication.

In response, Sharmishtha said her father completed the manuscript before he fell sick and the final draft of the book contained her father’s handwritten notes and comments that had been strictly adhered to.

I, daughter of the author of the memoir ‘The Presidential Years’, request my brother @ABHIJIT_LS not to create any unnecessary hurdles in publication of the last book written by our father. He completed the manuscript before he fell sick 1/3

“The final draft contains my dad’s handwritten notes and comments that have been strictly adhered to. The views expressed by him are his own and no one should try to stop it from being published for any cheap publicity. That would be the greatest disservice to our departed father,” she said in a tweet. She also corrected her brother, saying the title of the book was “The Presidential Years” and not “The Presidential Memoirs”

The memoir was in the news recently for Pranab Mukherjee’s critical comments on the Congress, including his observation that the party lost political focus after his elevation as president.

“Some members of the Congress have theorized that, had I become the PM in 2004, the party might have averted the 2014 Lok Sabha drubbing. Though I don’t subscribe to this view, I do believe that the party’s leadership lost political focus after my elevation as President. While Sonia Gandhi was unable to handle the affairs of the party, Dr Singh’s prolonged absence from the House put an end to any personal contact with other MPs,” Mukherjee had written.

“While Dr Singh was preoccupied with saving the coalition, which took a toll on governance, Modi seemed to have employed a rather autocratic style of governance during his first term, as seen by the bitter relationship among the government, the legislature and the judiciary. Only time will tell if there is a better understanding on such matters in the second term of this government.”

In the third volume of his memoirs, The Coalition Years, Mukherjee had revealed that he believed he could have been the Congress’s choice for Prime Minister even in 2012. Mukherjee passed away on August 31 at the age of 84. The book is scheduled to be globally released in January 2021.