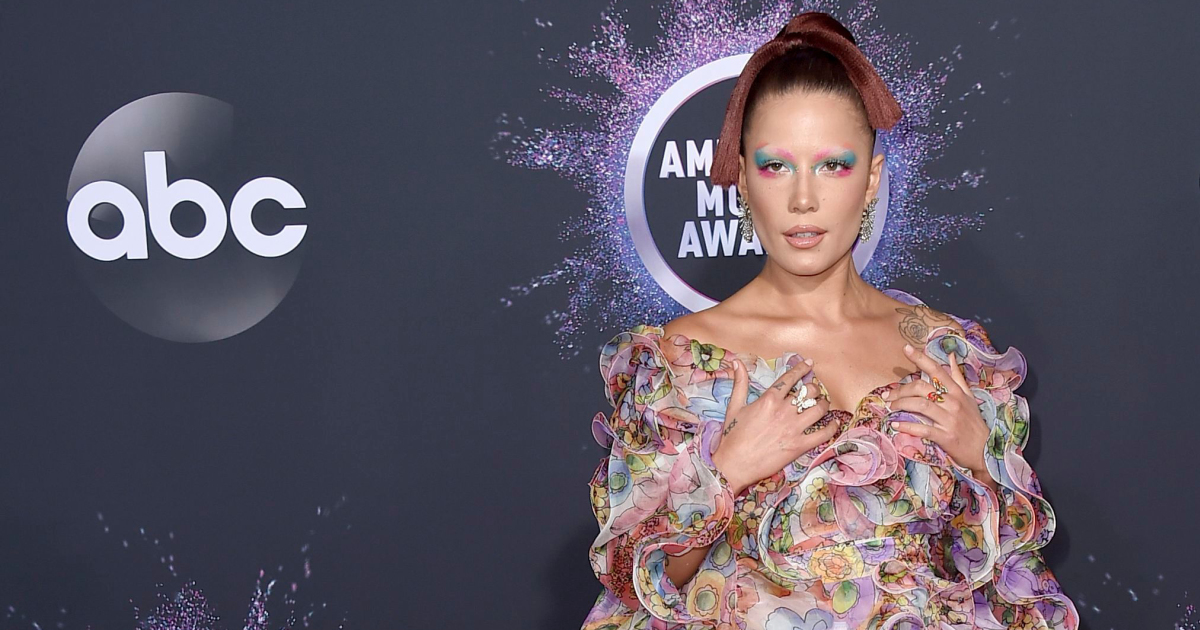 Chillin’ like a villain! Pregnant Halsey shared the cutest ultrasound image of baby No. 1‘s feet while relaxing with their legs crossed via her Instagram Stories on Friday, January 29.

The 26-year-old added a footprint emoji on the adorable photo and tagged Dr. Steve Rad, an obstetrician specializing in maternal and fetal medicine who works with A-list patients. According to the physician’s latest Instagram post, he and his team aided Jessica Biel when she gave birth to her and husband Justin Timberlake‘s second child, son Phineas, in 2020. The Los Angeles-based doc also treated Chrissy Teigen amid her last pregnancy with husband John Legend, which tragically ended in a miscarriage in September 2020.

The “Without You” singer revealed her pregnancy on Wednesday, January 27. “Surprise!” she gushed on Instagram alongside an adorable photo of herself showing off her growing baby bump. The New Jersey native also included a rainbow emoji, signifying her upcoming arrival is a rainbow baby, an affectionate name for a child conceived following a miscarriage.

The A-lister’s boyfriend, Alev Aydin, is just as thrilled to welcome their first child together. “Heart so full, I love you, sweetness,” the producer gushed over Halsey’s cute pregnancy announcement photo on Instagram alongside two heart emojis. “I love you!!!” the “Eastside” singer responded. “And I love this mini-human already!”

Two days later, the Grammy Award nominee shared a photo of the scars on her stomach from past endometriosis surgeries, which allowed her to have a healthy pregnancy. “The scars that got me this angel,” Halsey captioned an Instagram Story photo of her tummy and added the hashtag “#EndoWarrior.”

After suffering three miscarriages over the years, the Manic artist revealed in 2017 that she “braved multiple terrifying surgeries” for her endometriosis, a disorder in which tissue that normally lines the uterus grows outside the uterus, according to the Mayo Clinic. “The most important part of which being the surgery that would hopefully treat my endometriosis,” she revealed in a now-deleted Instagram post. “For those of you who have followed this battle of mine or who may suffer with it yourself, you know the extremes to which it can be mentally exhausting and physically painful.”

The Billboard Music Award winner added, “If you suffer from chronic pain or a debilitating disease please know that I have found time to live a crazy, wild, rewarding life AND balance my treatment and I hope so much in my heart that you can too.”

However, after her treatments and creating a healthier lifestyle, Halsey was told by her doctor that she would be able to conceive naturally with no complications. “For a long time, I didn’t think that that was something — that having a family was something that I was going to be able to do in an effortless manner,” she told Zane Lowe in January 2020. “[Having a family is] very important to me.”