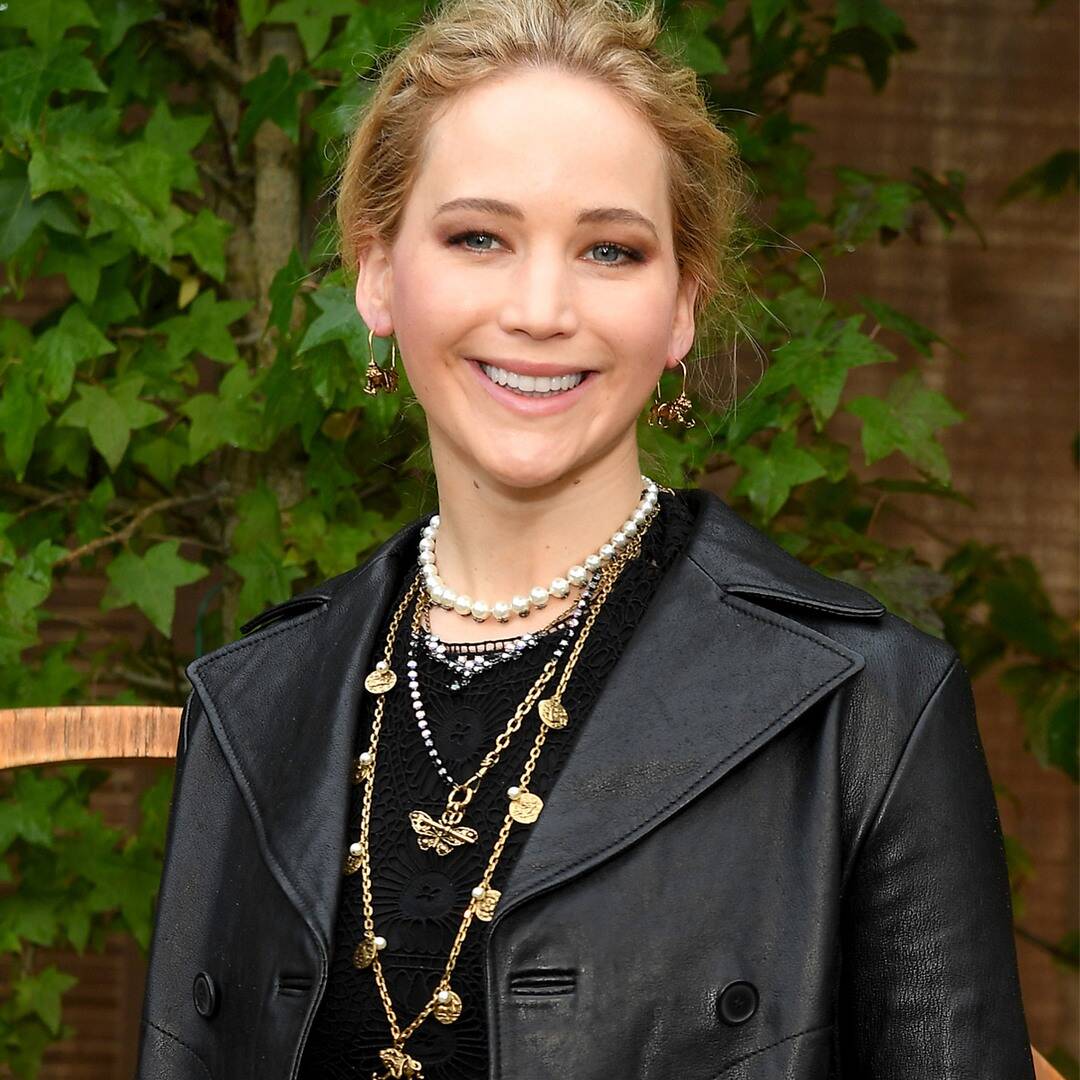 In a new video, Jennifer Lawrence gave fans a rare glimpse of her growing baby bump while discussing her upcoming movie Don’t Look Up. Watch the clip below.

In a Vanity Fair video released on Tuesday, Nov. 16, the 31-year-old actress, who is currently expecting her first child with husband Cooke Maroney, showed off her growing belly as she broke down each shot in the new trailer for her upcoming movie, Don’t Look Up.

For the occasion, Jennifer paired a black knit dress with a pearl necklace and gold chains—a far cry from something her astronomer character Kate Dibiasky would wear.

According to the Oscar winner, Kate is more of a “fierce and ‘notice me, hear me roar, rat-tat-tat’ kind of lady,” so it meant rocking some unconventional looks for the dark comedy. Case in point: Kate’s mullet-like red hairstyle.

As Jennifer explained in the video, “We tried different hair shapes, different wigs, and this one—as hideous as it may be to some people—I was just like, ‘Oh, there she is.'”

Her character also wore multiple nose rings—something that the Hunger Games alum admittedly struggled with while working with her co-star.

“The nose rings…one just kind of hangs in; one is a magnet,” she shared. “And many, many times I accidentally inhaled said magnet and had to spit it out in front of Leonardo DiCaprio.”

Directed by Adam McKay, Don’t Look Up features of cast of A-listers including Meryl Streep, Timothée Chalamet, Jonah Hill, Cate Blanchett and Tyler Perry. However, for Jennifer, acting alongside Ariana Grande, who plays a pop star named Riley Bina in the film, was the highlight of her time on set.

“That was one of the coolest days of my life,” she gushed, jokingly adding, “I took a picture with her. I look like a radio contest winner.”

Don’t Look Up is set to open exclusively in theaters on Dec. 10. It will hit Netflix on Dec. 24.

For more behind-the-scenes details about the film, watch the video above.