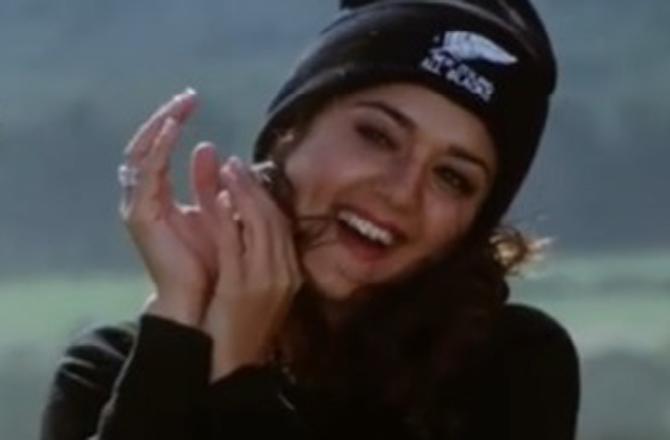 The Bobby Deol and Preity Zinta-starrer Soldier has turned 22. Reminiscing about shooting the film, Preity took to Instagram and shared a funny amnecdote.

She recalled how Bobby would shiver while shooting in the freezing cold.

“Remembering ‘Soldier’ my super hot and super cool movie. So many things to be grateful for. My warm clothes for starters. It was freezing cold and so windy when we were shooting. On the other side poor Bobby was feeling so cold and shivering. I’m also grateful that my first feature as a lead had an unbelievable soundtrack,” she wrote.

Along with her post, Preity uploaded a video of the hit title song of the film.

Directed by Abbas-Mustan, “Soldier”, which also featured Rakhee Gulzar and Suresh Oberoi, was released in 1998.