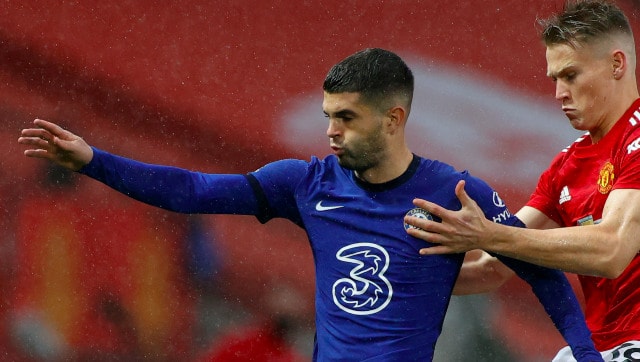 The United States, who missed out on a place at the 2012 and 2016 Games, have advanced to Sunday’s regional qualifying semi-finals, where a victory will secure a place at the Olympics.

Los Angeles: United States star Christian Pulisic said Wednesday he would be keen to play in this year’s Olympics — but realizes that his English club Chelsea will have the final say over whether he heads to Tokyo.

The United States, who missed out on a place at the 2012 and 2016 Games, have advanced to Sunday’s regional qualifying semi-finals, where a victory will secure a place at the Olympics.

The 22-year-old Pulisic would be eligible to play in Tokyo under the age-group rules for the Olympics, but clubs are not obliged to release players because the tournament is not part of FIFA’s international calendar.

Pulisic, speaking ahead of the USA’s friendly with Jamaica in Austria on Thursday, admitted, though, that the Olympic tournament is on his radar.

“The Olympics is of course a massive honor to play in, and to represent your country in an Olympics would be amazing,” Pulisic said on a video conference call.

A crowded schedule for US soccer this year includes the regional Gold Cup, a senior international competition — which FIFA does recognize — the CONCACAF Nations League and 2022 World Cup qualifiers.

If the US qualifies for Tokyo, the squad could potentially feature an exciting crop of talented young players based in Europe, with the likes of Borussia Dortmund teenager Gio Reyna, Barcelona’s Sergino Dest and Juventus’ Weston McKennie all eligible for the tournament.

US senior coach Gregg Berhalter said while he would like the strongest possible US team to play at the Olympics, he doubted whether clubs in Europe would be willing to release players.

“Because we have to sit and have the conversations with these clubs and say to them ‘OK guys, here’s what’s coming up in the calendar. Do you want to release your players for the Olympics?’ And what are they going to say? It’s an uphill battle that we’re fighting.

“If we’re in a perfect world, there is nothing more I would like to see than our best group competing in the Olympics — it would be amazing. I’m just not sure that’s going to happen.

“I’m not sure the clubs are going to allow the players to go.”