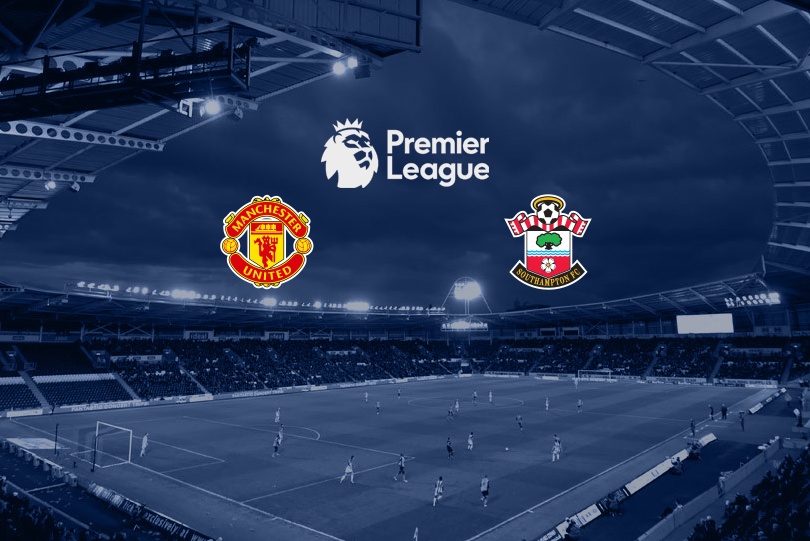 After having picked up just one point from their last two league matches, the Red Devils hammer Southampton as they score 9 goals past the Saints in a record-equalling Premier League victory.

It is a very unfortunate day for the Saints’ midfielder. Alex Jankewitz was sent off just 2 minutes into his debut game for Southampton. Mike Dean showed a straight red after a horrific challenge on Scott McTominay.

The two fullbacks combined to score the first goal for the Red Devils. Luke Shaw fired a cross from the left-wing as Aaron Wan-Bissaka met the cross in the back post to give the lead to Ole’s men in the 18th minute.

It just took 7 more minutes for the Red Devils to double their lead. Marcus Rashford was brilliantly picked out by Mason Greenwood near the penalty spot who then fired the shot past McCarthy to gain a 2-goals cushion in the 25th minute.

In an unfortunate series of events, Jan Bednarek stuck his leg out to clear Marcus Rashford’s cross but somehow managed to put it in his own net, giving the hosts a 3-goals lead. McCarthy could not move.

New signing Edinson Cavani headed the 4th goal from a delightful Luke Shaw cross at the 39th minute as the Red Devils continued to run riot in Southampton’s half.

Ole Gunnar Solskjaer substituted winger Anthony Martial for Edinson Cavani at halftime and Dan James for Marcus Rashford in the 60th minute. It took Manchester United 14 minutes in the second half to increase their advantage to 5 goals.

Anthony Martial scored to put an end to his goal drought. The half-time substitute chests an amazing ball from Bruno Fernandes to move away from Jan Bednarek and then smashed the ball past McCarthy to mark Manchester United’s fifth goal in the 69th minute.

It took just 2 minutes more for Ole’s men to increase their lead to 6. Scott McTominay also got in in the party. McTominay simply pushed the ball into the net as McCarthy is helpless after parrying away Greenwood’s shot. The precision of the shot leaves the Saints’ goalkeeper no chance of keeping the ball out.

Jan Bednarek received a red card as things go from bad to worse for Southampton. After a lengthy check, including a look at the pitchside monitor, Mike Dean sends another Southampton player off for a rash challenge on Anthony Martial. Southampton goes down to 9-men in the 86th minute.

Bruno Fernandes walks up to the penalty spot to convert the penalty, sending McCarthy the wrong way. Manchester United lead 7-0 with 3 minutes left to play.

Anthony Martial secured his brace by scoring his 2nd and Manchester United’s 8th goal in the 90th minute. Wan-Bissaka’s cross takes a touch and lands in the path of Anthony Martial who is a little off-balance but has the composure to place it past McCarthy.

The 9th and final goal of the match was scored by Dan James in the injury time of the match. Bruno Fernandes headed an angled pass in the path of the winger who used the outside of his foot to flick the ball past McCarthy. Manchester United record another famous victory at Old Trafford.

They are now level at points with their rivals, Manchester City, having played 2 games more. United has 44 points in 22 games.

Southampton is in the 12th spot as they have 29 points from 21 matches.