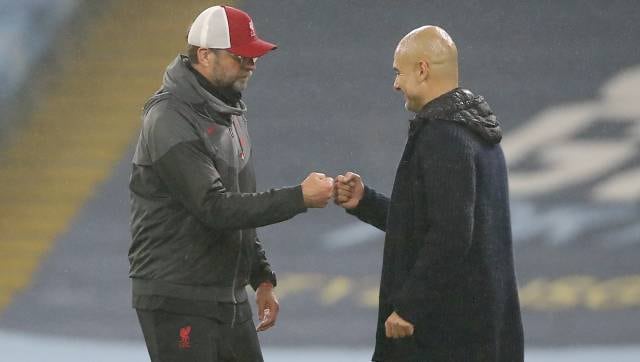 Premier League leaders City hold a seven-point advantage over fourth-placed Liverpool, with a game in hand, ahead of a clash between the sides at Anfield on Sunday. 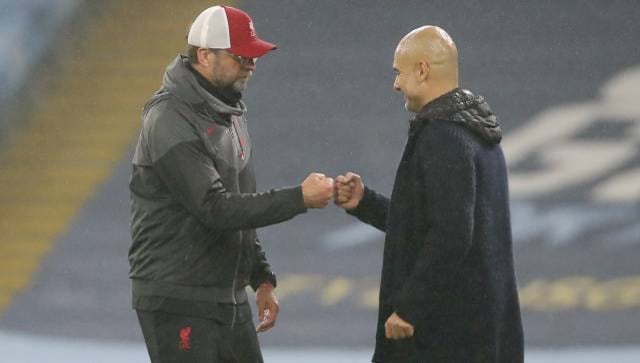 London: Pep Guardiola said he expected more of Jurgen Klopp after the Liverpool boss suggested Manchester City had benefitted from an enforced rest due to a coronavirus outbreak at the club in December.

Premier League leaders City hold a seven-point advantage over fourth-placed Liverpool, with a game in hand, ahead of a clash between the sides at Anfield on Sunday.

Klopp blamed a lack of physical and mental freshness for the Reds’ 1-0 defeat to Brighton on Wednesday, which stretched their winless run at home to four games.

“We haven’t had a break,” Klopp said at his pre-match press conference on Friday.

“I think City had a two-week break for COVID reasons. It’s really tough. It’s a tough season for many teams.”

City’s scheduled Premier League match at Everton on 28 December was postponed after number of positive cases were identified within the squad’s bubble.

That meant Guardiola’s men did not play for a week between their win over Newcastle on December 26 and a 3-1 victory over Chelsea on 3 January, when they were missing a clutch of first-team players.

Despite the disruption, City are on a club record 13-game winning run in all competitions.

“Jurgen has to see the calendar again,” said an irked Guardiola. “We had COVID, one week off, and played with 14 players in Stamford Bridge,”

“When I see Jurgen, maybe I will ask. I’m surprised. I thought Jurgen wasn’t that type of manager.”

Despite growing animosity between the clubs as the two dominant forces in English football for the past four seasons, Klopp and Guardiola have maintained an amicable relationship.

“He knows it’s not true, come on,” added Guardiola. “Nobody in the Premier League had two weeks off. I thought he is not that type of guy.”

Liverpool’s fortress has been breached in recent weeks, with the champions suffering back-to-back defeats against Burnley and Brighton after a 68-game unbeaten run at home in the league.

City’s lead over second-placed Manchester United is just three points but Guardiola still expects Liverpool to be one of his side’s main challengers for the title.

Liverpool could be boosted by the return to fitness of Alisson Becker, Fabinho and Sadio Mane, all of whom missed the Brighton clash.

Centre-backs Ben Davies and Ozan Kabak could also make their debuts after joining on transfer deadline day on Monday.