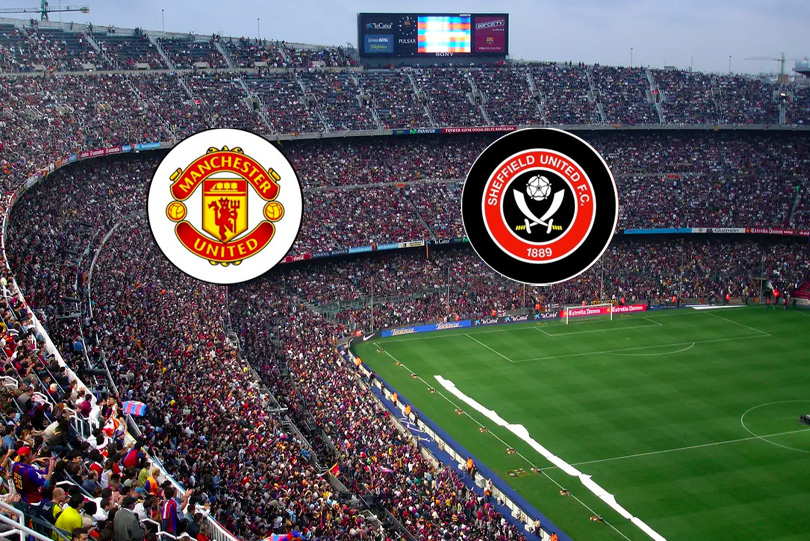 Manchester United welcomed Sheffield United at the Old Trafford to play their 20th game of the season.

Kean Bryan opened the scoring as he put the visitors ahead in the 23rd minute to gain a 1-goal led.

This goal, was, however, canceled by Manchester United center-back Harry Maguire in the second half as he equalized for Ole Gunnar Solskjaer’s men in the 64th minute.

It looked like Manchester United would come back but it was another blow by Oliver Burke in the 74th minute to seal a shocking victory for Sheffield United.

#When and where to watch Manchester United vs Sheffield United

When is Manchester United vs Sheffield United going to be played? Thursday, 28th January 2021, 1.45 AM IST

Where is Manchester United vs Sheffield United going to be played? Old Trafford, Manchester, England

Marcus Rashford sustained a knock late on against Liverpool at the weekend and, while the issue is not thought to be serious, the forward is unlikely to be risked on Wednesday.

Anthony Martial is expected to come into the side for Rashford, while Fernandes is among those likely to be restored to the XI after being named on the bench last time out.

This game does provide Solskjaer with a chance to rotate his side slightly, however, meaning that Pogba may be given a breather.

Sheffield could be without as many as six first-team players as Sander Berge, Jack Robinson, Oli McBurnie, Jack O’Connell and Ben Osborn are all injured.

Lys Mousset has a chance of being fit, though David McGoldrick and Billy Sharp are favourites to lead the line at Old Trafford.

Full-back George Baldock was brought on as a substitute in the FA Cup win over Plymouth Argyle and is among those pushing for a recall to the XI here.

Sheffield United fail to do well against Manchester United at the best of times, picking up only one point from their past eight top-flight meetings, and the sides’ form this season could not be more contrasting.

The Red Devils are flying high at the top, whereas the Blades are bottom, so we can only see this one ending in a straightforward home victor