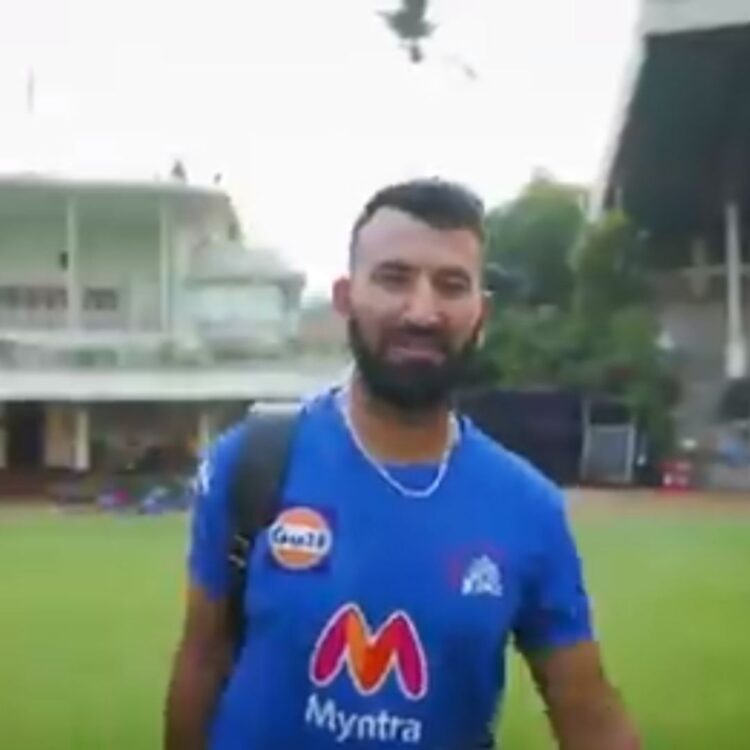 IPL 2021: Preparing for IPL, CSK’s Cheteshwar Pujara is hitting sixes at will- Cheteshwar Pujara is set to return to IPL for the first time since 2014. The cricketer was bought for his base price (Rs 50 lakh) in IPL 2021. Despite being a Test match specialist, the 33-year-old is already making head turns. He has completed his quarantine with Chennai Super Kings and began training in Mumbai. As he prepares for IPL 2021, a video has gone viral on the Internet in which he can be seen hitting six at will while donning the yellow jersey.

Known for his defensive techniques in the longest format, Pujara is working on a new skill to switch to the shortest format. The right-handed-batsman in a recent interview revealed that he is looking forward to hitting the ball out of the park in IPL 2021.

“Hitting the ball out of the park is a shot needed in the shorter formats and I am working on it for sure,” Cheteshwar Pujara told Cricbuzz.

The 33-year-old had played his last IPL match for Punjab Kings against Mumbai Indians at Wankhede Stadium, Mumbai in IPL 2014. He has scored just 390 runs in 30 matches, something that he needs to change in the IPL 2021.

Pujara said that he was left disappointed when Gujarat Lions did not pick him two years in a row.

“Well, I was disappointed that I was not picked. But that was not in my control. That is in the past and I have moved on,” Cricbuzz quoted him as saying.

Pujara also recalled a match in which he stepped out of Trent Boult against in a Test match New Zealand in Indore. He is ready to adapt to any place in the batting department.

Pujara also said that he is delighted to play under MS Dhoni at Chennai Super Kings.

“I am lucky that I will be playing under Mahi bhai who was my captain when I made international debut,” quoted him as saying.

“I love playing cricket, I don’t want to miss out on any format. I am glad that I am part of the IPL now and it can only help me grow as a cricketer,” he added.

He further stressed that he couldn’t play much limited-overs format as he is busy in national duty during domestic tournaments like Mushtaq Ali and Vijay Hazare.

“When a white-ball tournament is happening in the domestic circuit, I would be busy playing for the Indian team,” he opined.

When Pujara was questioned about his quickfire century for IOC against Central Railway in 2008 ahead of the inaugural season and the growth of IPL since then, he stated, “I don’t overrate myself as a T20 player.”

“Having played a lot of cricket at the international level, I am very confident I will do well in the shorter format too. I feel I am part of the right setup in the IPL,” Pujara signed off.

Chennai Super Kings are currently lodged in Mumbai. They will play against Delhi Capitals on April 10 in their opening match.

For more sports news, IPL 2021 updates, follow us at insidesport.co