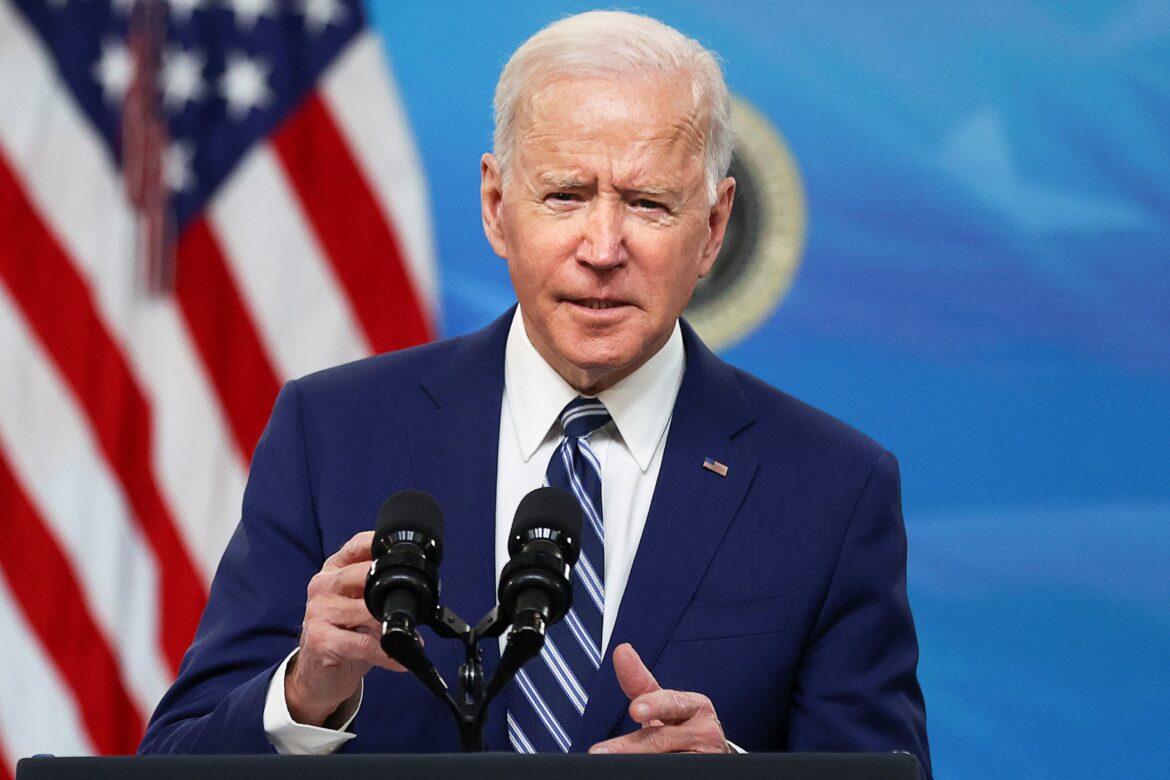 U.S. President Joe Biden delivers an update on the administration’s coronavirus disease (COVID-19) response and the state of vaccinations during an event in the South Court Auditorium at the White House in Washington, March 29, 2021.

President Joe Biden will unveil a more than $2 trillion infrastructure package on Wednesday as his administration shifts its focus to bolstering the post-pandemic economy.

The plan Biden will outline Wednesday will include roughly $2 trillion in spending over eight years, and would raise the corporate tax rate to 28% to fund it, an administration official told reporters Tuesday night.

The White House said the tax hike, combined with measures designed to stop offshoring of profits, would fund the infrastructure plan within 15 years.

The president will kick off his second major White House initiative after passage of a $1.9 trillion coronavirus relief plan earlier this month. The administration aims to approve a first proposal designed to create jobs, revamp U.S. infrastructure and fight climate change before it turns toward a second plan to improve education and expand paid leave and health-care coverage.

Through the plan announced Wednesday, the White House aims to show it can “revitalize our national imagination and put millions of Americans to work right now,” the administration official said.

The White House plans to fund the spending by raising the corporate tax rate to 28%. Republicans slashed the levy to 21% from 35% as part of their 2017 tax law.

The administration also aims to boost the global minimum tax for multinational corporations and ensure they pay at least 21%. The White House also aims to discourage firms from listing tax havens as their address and writing off expenses related to offshoring, among other reforms.

Biden hopes the package will create manufacturing jobs and rescue failing American infrastructure as the country tries to emerge from the shadow of Covid-19. He and congressional Democrats also aim to combat climate change and start a transition to cleaner energy sources.

The president was set to announce his plans in Pittsburgh, a city where organized labor has a strong presence and the economy has undergone a shift from traditional manufacturing and mining to health care and technology. Biden, who has pledged to create union jobs as part of the infrastructure plan, launched his presidential campaign at a Pittsburgh union hall in 2019.

While Democrats narrowly control both chambers of Congress, the party faces challenges in passing the infrastructure plan. The GOP broadly supports efforts to rebuild roads, bridges and airports and expand broadband access, but Republicans oppose tax hikes as part of the process.

“We’re hearing the next few months might bring a so-called infrastructure proposal that may actually be a Trojan horse for massive tax hikes and other job-killing left-wing policies,” Senate Minority Leader Mitch McConnell, R-Ky., said earlier this month.

Biden has said he hopes to win Republican support for an infrastructure bill. If Democrats cannot get 10 GOP senators on board, they will have to try to pass the bill through budget reconciliation, which would not require any Republicans to back the plan in a chamber split 50-50 by party.

They would also have to consider whether to package the physical infrastructure plans with other recovery policies including universal pre-K and expanded paid leave. Republicans likely would not back more spending to boost the social safety net, especially if Democrats move to hike taxes on the wealthy to fund programs.

The administration official did not say whether Biden would seek to pass the plan with bipartisan support.

“We will begin and will already have begun to do extensive outreach to our counterparts in Congress,” the official said.

Asked Monday about how the bill could pass, White House press secretary Jen Psaki said Biden would “leave the mechanics of bill passing to [Senate Majority] Leader [Chuck] Schumer and other leaders in Congress.”

As of now, Democrats will have two more shots at budget reconciliation before the 2022 midterms. Schumer, D-N.Y., hopes to convince the chamber’s parliamentarian to allow Democrats to use the process at least once more beyond those two opportunities, according to NBC News.

The party passed its $1.9 trillion coronavirus relief package without a Republican vote.