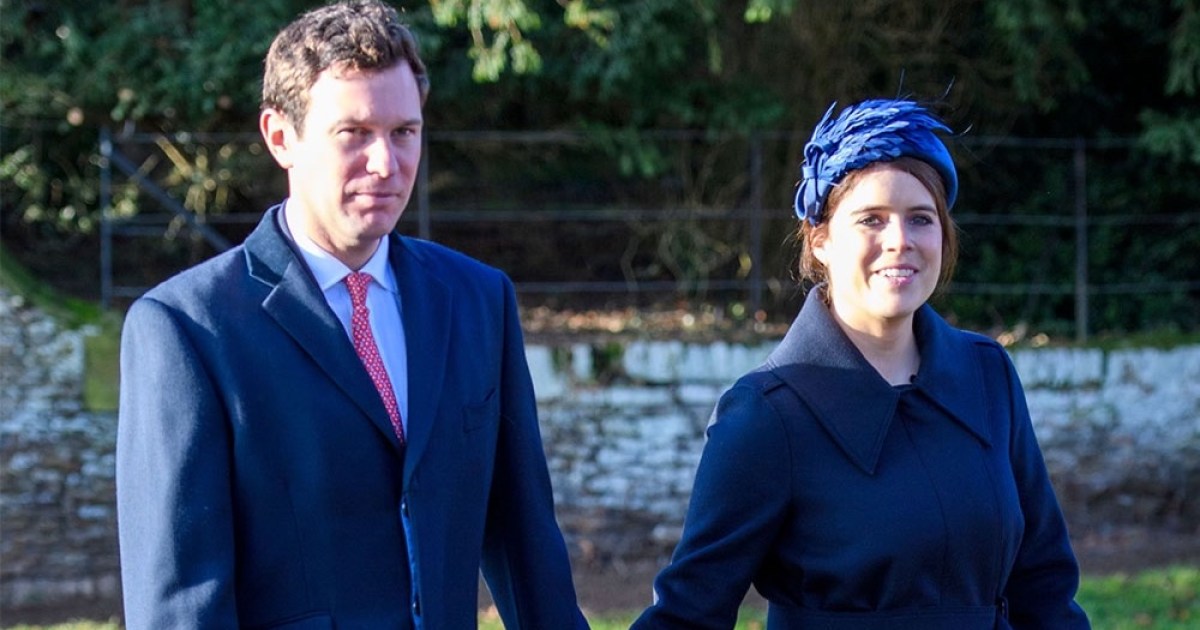 Congratulations are in order for Princess Eugenie and Jack Brooksbank! The couple officially welcomed their first son together.

“Her Royal Highness Princess Eugenie was safely delivered of a son today, 9th February 2021, at 8:55 a.m. at The Portland Hospital,” Buckingham Palace announced in a statement on Tuesday, February 9. “Jack Brooksbank was present. The baby weighs 8 pounds, 1 ounce.”

Following the announcement, Eugenie, 30, shared a black-and-white photo on her personal Instagram page of her and Brooksbank, 34, holding the newborn’s hand. The royal family member captioned the photo with a series of blue heart emojis.

The couple first announced that they were expecting in September 2020. “Jack and I are so excited for early 2021,” Eugenie captioned her Instagram pregnancy announcement.

Brooksbank got down on one knee and proposed in January 2018. They officially tied the knot months later, in October 2018, during a ceremony hosted at St George’s Chapel in Windsor Castle.