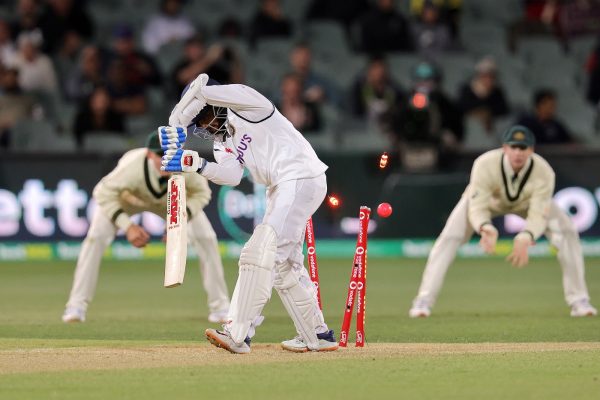 Since making an excellent debut against West Indies in Rajkot in 2018, Shaw’s graph has gone down in the last couple of years. He had a struggling IPL in the UAE which saw him getting benched followed by a horrific start to the Test match in Adelaide.

Prithvi Shaw got out in both the innings in a similar fashion which raised questions on his techniques. In the wake of it, he has been left out of the squad for the forthcoming England series and instead will be playing domestic cricket to regain his form.

I share an old bond with Prithvi Shaw – Pravin Amre

As he looks to make a dashing comeback, former India cricketer Pravin Amre has been picked by IPL franchise Delhi Capitals to work with the youngster and rectify the faults in his technique. Pravin has known Prithvi Shaw for a long time and thanked Delhi management to take care of their players ahead of another IPL season.

“I’ve known Prithvi Shaw from my Air India days, so the bonding is there. We are trying to understand what he needs at the moment rather than telling him what to do. I too believe that Prithvi needs some help. Since there are no red-ball matches now, we’ve started working on his white-ball cricket. Once he goes into the bubble with the Mumbai team either for the Ranji Trophy or Vijay Hazare, we won’t have time to work together,”he added.

Along with his batting, Prithvi Shaw’s fitness issues also need to be monitored, feels Pravin Amre. He told that a lot of videos have been analyzed to bring out the defects in his game and improve on it.

“It’s good to see that he’s also keen to work on his batting. We have been analysing his videos. There won’t be any compulsion on him. It will all depend on his agreement to work on certain aspects of his game. But definitely, we are working on his skill and fitness,” Amre added.