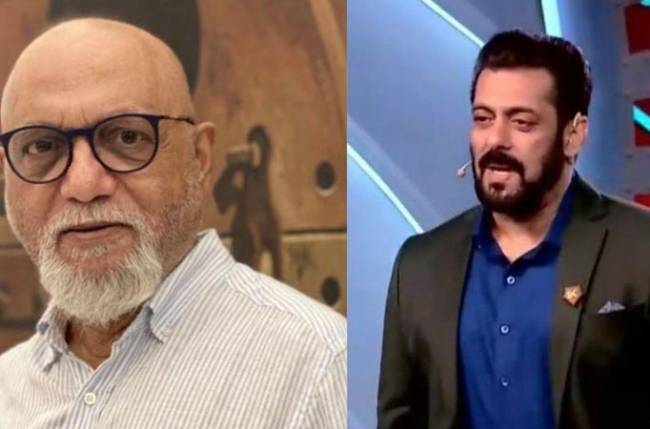 “Watching @BiggBoss I find @BeingSalmanKhan often very tough on @RubiDilaik and @nikkitamboli my favourite contestants. This influences viewers, many of them Salman’s blind bhakts. C’mon Salman, don’t be a misogynist,” he wrote on Twitter.

Salman criticised Rubina for ‘overreacting’ to Rakhi Sawant pulling the drawstring of Abhinav Shukla’s shorts. The actor maintained that Rakhi is not wrong and said that Abhinav has benefitted from her ‘entertaining’ actions.

In the last few days, Rakhi has been making Rubina and Abhinav uncomfortable with her displays of love for him. From writing Abhinav’s name all over her body to pulling the drawstring of his shorts, Rakhi has been going all out.

Abhinav got upset after being reprimanded by Salman and said that if he was benefitting from Rakhi’s actions, he did not want any of it. “If this is entertainment, I want to go home right now,” he said in tears.

Meanwhile, Salman also lambasted Nikki, accusing her of ‘badtameezi (being ill-mannered)’. He claimed that she not only insulted every other contestant in the house but also members of the media who came on the show.

Pritish got a lot of support from Rubina and Nikki’s fans, who agreed with him that Salman was targeting the two. “TRP ke liye kuchh bhi karega sir, this formula is being applied to the show! Vulgarity by Rakhi is entertaining but raising pinky finger is vulgar,” one Twitter user wrote.