Home EntertainmentGossips Priyanka Chopra announces We Can Be Heroes sequel is officially in the making: The Heroics are coming back

Priyanka Chopra announces We Can Be Heroes sequel is officially in the making: The Heroics are coming back 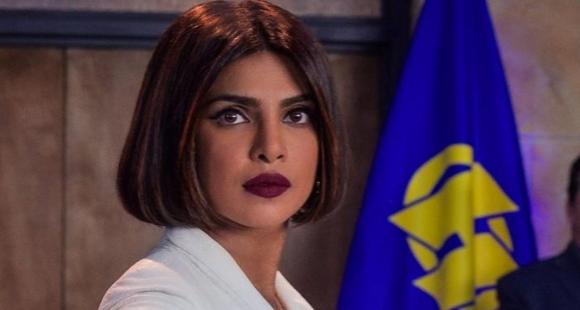 While it has been just a few days since the Christmas release of We Can Be Heroes, the tremendous response to the film has now paved way for a sequel. Priyanka Chopra announces We Can Be Heroes sequel is officially in the making: The Heroics are coming back.

Netflix had a whole lot to offer during the holiday season and one of them was a fun and adorable superhero flick titled We Can Be Heroes. Revolving around a bunch children with superpowers, comical violence, and aliens zapping superheroes, the film was opened to mixed reviews. It was, however, loved by a section of netizens on social media. Apart from the child actors, the Robert Rodriguez directorial also featured Priyanka Chopra, Boyd Holbrook, Taylor Dooley, Haley Reinhart and Sung Kang among many other actors.

While it has been just a few days since its Christmas release, the tremendous response to the film has now paved way for a sequel. Priyanka Chopra took to social media to announce the big news. Taking to Instagram, Priyanka shared a picture of her character from the film and wrote, “And…BREAKING NEWS: The Heroics are coming back for round two. Sequel is in development with @rodriguez and @netflix!”

According to a report in Variety, We Can Be Heroes raked in a record-breaking viewership in the US during Christmas week. It reportedly took the first place on the top 10 kids overall list in 88 out of 93 countries.

Check out Priyanka Chopra”s We Can Be Heroes sequel announcement:

Last month, Priyanka was filming Text For You in London with actor Sam Heughan. The duo were seen shooting for a romantic scene on the streets of London. Priyanka’s husband Nick Jonas will also be seen in a cameo in the film. Apart from these two films, Priyanka will be seen in The White Tiger on Netflix opposite Rajkummar Rao and Adarsh Gourav which is slated to release in two weeks.

ALSO READ: Priyanka Chopra Jonas STRANDED in London after the UK goes under lockdown due to the new COVID variant: Report