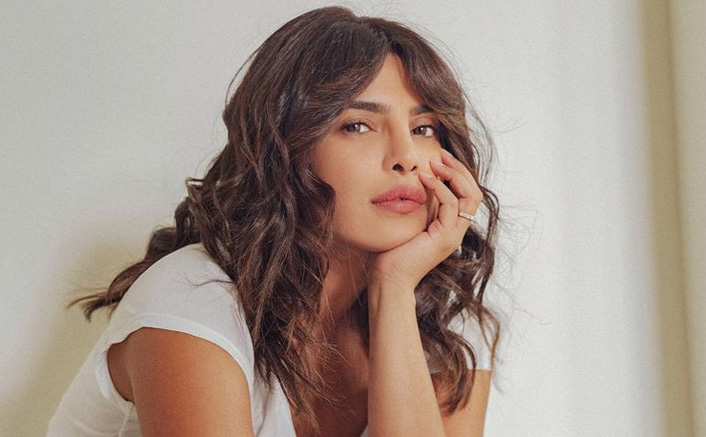 It’s a known fact that the UK is going through huge trouble these days after the appearance of a new strain of Coronavirus. The COVID-19 cases saw a huge rise in the UK and an instant and a strict lockdown was applied. However, it seems the international actress Priyanka Chopra is having a hard time following the government orders.

The much-loved actress Priyanka Chopra was caught by the UK police after she was spotted while attending a hair appointment at the Josh Wood Colour salon in Notting Hill. The incident happened on Wednesday and PC was accompanied by her mother Madhu Chopra and pet Diana.

The pictures of Priyanka and Madhu are going viral on social media since then and her act has affected a lot of criticism from netizens.

On the work front, Priyanka Chopra’s Netflix film We Can Be Heroes released recently and the actress is already working on the sequel. The actress took to Twitter to share the update, claiming 44 million households watched the superhero film in the first four weeks of its release.

“Heroics Headquarters projection: 44 MILLION FAMILIES will have suited up for WE CAN BE HEROES in its first 4 weeks!! And… BREAKING NEWS: The Heroics are coming back for round two. Sequel is in development with @rodriguez and @Netflix,” she wrote.

Written and directed by Robert Rodriguez, the film is a spin-off of his The Adventures Of Sharkboy And Lavagirl in 3-D and the Spy Kids franchise. Priyanka is seen as Ms. Granada, the leader of an organisation filled with superpowered children. Her role comes with shades of grey.

It follows the children of Earth’s superheroes that have to take on alien invaders that have kidnapped their parents. Rodriguez will return for the sequel.

Priyanka will next be seen in the film adaptation of The White Tiger, which she has also executive produced. She is currently shooting Text For You, developing an untitled comedy with Mindy Kaling and Dan Goor, and also working on Russo Brothers’ Citadel and The Matrix 4.

Must Read: Dr. Dre Is Doing Great After Suffering From Brain Aneurysm, Thanks All Well Wishers