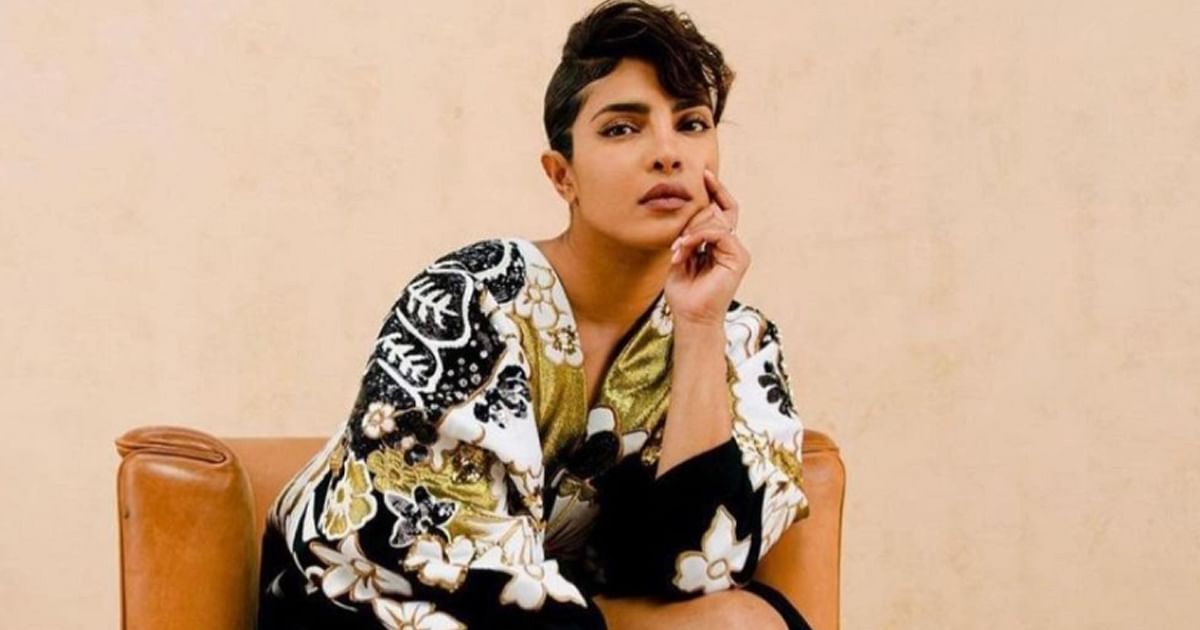 Bollywood is often accused of objectifying women. Recounting a situation, actress Priyanka Chopra opened up about the state of affairs 20 years back in the film industry in her memoir ‘Unfinished’. The actress in her book shared some unheard and shocking incidents of her life.

The White Tiger actress recounts her journey from small-town India to the Hollywood big leagues. She wrote about having had several demeaning experiences in the film industry when she was starting out. In one such experiences, she talked about a seductive song sequence where she had to strip off her clothes, one item at a time.

According to Zoom, Priyanka Chopra Jonas was expected to shoot a long song wherein the director of the film wanted her to wear extra layers of clothes so that she wouldn’t be ‘down to skin way too fast’. She wrote in her book, “The director suggested I speak to my stylist, so I called him and briefly explained the situation, then passed the phone to the director. Standing right in front of me, the director said: “Jo bhi ho, chaddiyan dikhni chahiyen. Nahi toh log picture kyon dekhne aayenge?” which translates as “whatever happens, panties should be seen. Otherwise, why would people come to watch the movie?”

However, Priyanka quit the film very next day. “I was ready to go full-out as a temptress in the number. The director’s words and tone, though, conveyed that he regarded me in a way that I found unacceptable,” Priyanka wrote. After she left the film mid-way, the director-producer who was livid, paid a visit to her on the sets of another film in an ‘agitated’ state. At that, Salman Khan stepped in and controlled the situation.

Further elaborating on the situation, Priyanka Chopra Jonas wrote, “My co-star Salman Khan, who was and is a huge star in India, understood the situation immediately and intervened on my behalf…when the producer arrived, he had a conversation with him that defused the situation. I’m not sure exactly what he said but the producer was in a much calmer state when he spoke to me.”

While she never said the real reason to the producer, Priyanka Chopra revealed it in her book ‘Unfinished’. She wrote, “I was a newcomer in a patriarchal industry and I’d learned that it was better not to poke the bear. Keep your head down and keep smiling was the rule for the girls, and I was already pushing the boundaries. So rather than explaining what had happened, I told him I’d misunderstood the character and wasn’t comfortable playing her, and that I’d send a cheque to reimburse them for the two days they’d have to reshoot with someone else.”

Must Read: Tiger 3: Salman Khan Is Rocking A Grey Stubble Like No One Before & This Might Be His Look For The Film!