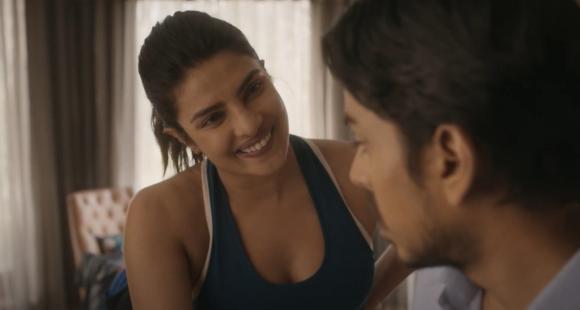 Cardi B took to Twitter and shared her review of The White Tiger. Priyanka Chopra Jonas thanked the rapper for sharing her thoughts.

Priyanka Chopra Jonas, Rajkummar Rao and Adarsh Gourav”s recent Netflix release The White Tiger has been the talk of the town since its release. While critics have lauded the movie with positive reviews, several Hollywood celebrities are also giving the movie their thumbs up. The recent star to have praised the movie is Cardi B. The rapper took to Twitter and revealed that the movie left her angry and in tears. The rapper deemed The White Tiger “great” as well.

“White tiger is such a great movie. I was crying and angry watching it,” Cardi tweeted her review of the movie. Responding to the tweet, PeeCee said she was happy to know the rapper enjoyed it. “Same @iamcardib! Thank you, so happy you enjoyed it.” PeeCee then shared Cardi’s tweet and wrote, “Kisses always mama! You the best.” Cardi gushed about PeeCee and said, “Yes ,You was so sweet and adorable,” and added, “You was amazing .”

Ava DuVernay, who is one of the executive producers of the movie, shared Cardi’s tweet and said, “A queen has spoken. Thanks, sis. xo.” To which Cardi said, “You guys did amazing .I felt like I was in the actual movie .Watching it again tonight !!”

Check out the tweets below:

Same @iamcardib! Thank you, so happy you enjoyed it

Yes ,You was so sweet and adorable  You was amazing . https://t.co/i6TeTKK3Jg

You guys did amazing .I felt like I was in the actual movie .Watching it again tonight !! https://t.co/5dLTGnjmAy

Back to Top
Close Add post
X
Mariah Carey Hilariously Recreates Shawn Mendes Post In Which He Gushes Over Her ‘Old Songs’…GossipsShawn Mendes took to his platform of choice to show some appreciation to none other than Mariah Carey in a new post. As a result, the songstress sent …

X
The Weeknd Says His Grammys ‘Mean Nothing’ To Him Anymore After Getting Snubbed …GossipsAs fans know, The Weeknd did not even get a single nomination at the Grammy Awards this year in spite of the fact that ‘Blinding Lights’ is one of the…
close