Home EntertainmentGossips Priyanka Chopra on talking about plastic surgery rumours in Unfinished: Its not me offering any clarification

Priyanka Chopra on talking about plastic surgery rumours in Unfinished: Its not me offering any clarification 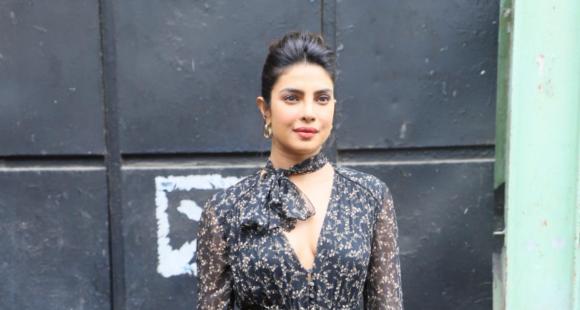 Priyanka Chopra has said that she has made multiple revelations in her memoir Unfinished. She talks about the same in one of her recent interviews again.

Priyanka Chopra on talking about plastic surgery rumours in Unfinished: Its not me offering any clarification

Priyanka Chopra has been making headlines of late owing to her memoir titled Unfinished. The actress is said to have spoken about various aspects of her life in it. In fact, Priyanka herself revealed in an interview that she has made certain revelations in the memoir. When asked whether she included the subject of her plastic surgery rumours in it, the actress replied in the affirmative. In fact, the actress also revealed how a filmmaker asked her to go under the knife.

As revealed by The White Tiger star, this person allegedly asked her to fix her proportions. Now, Priyanka has also revealed the reason behind including this topic in her memoir. In an interview with Asian Style Magazine, she said, “I didn’t write about these things now to clarify anything to anyone. I was in a place in my life where I sat down and wrote about the milestones in my life. These happened to be those things, that I’d kept personal in my heart, things I’ve been affected by.”

Priyanka continued with the topic and said that she belongs to the entertainment business which is patriarchal and that she had to be very tough. She further said that people enjoy pulling entertainers down when they show their weakness. The Text for You also called herself old and self-assured while adding the following sentence, “This book is not me offering any form of clarification. It’s a story of my life from my eyes.” On the work front, the actress was last seen in The White Tiger co-starring Adarsh Gourav and Rajkummar Rao. It has been directed by Ramin Bahrani.

Also Read: Priyanka Chopra opens up on how director once told her to get her “proportions fixed’ in Unfinished memoir