Home EntertainmentGossips Priyanka Chopra on why couples workout with Nick Jonas in quarantine didn’t work out: I’m competitive as hell

Priyanka Chopra on why couples workout with Nick Jonas in quarantine didn’t work out: I’m competitive as hell 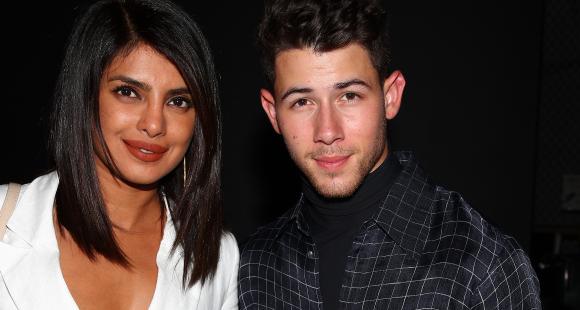 During an appearance on The Drew Barrymore Show, Priyanka Chopra recalled trying to workout with husband Nick Jonas which ended as quickly as it began. Watch her interview below.

Priyanka Chopra on why couples workout with Nick Jonas in quarantine didn’t work out: I’m competitive as hell

Priyanka Chopra is currently a busy bee after months of being home in LA during the quarantine period, spending it with husband Nick Jonas. From promoting The White Tiger to her new memoir Unfinished, Priyanka has also commenced shooting for Citadel opposite Richard Madden post wrapping up Matrix 4 and Text For You. During an appearance on The Drew Barrymore Show, PeeCee took Drew Barrymore through her daily routine.

While talking about what she does at 8:30 am, which is working out while listening to Hindi rap, Priyanka relayed how a couples workout with Nick didn”t go as planned during the quarantine period. Currently, as she’s busy with Citadel, her mornings usually involve training for the upcoming series. As Drew showed Chopra a picture of her and Nick, where Jonas is seen doing a push up while she sits on his back, the 38-year-old actress recalled, “This was one of those mistakes that I made where I tried to compete with Nick.”

“Right at the beginning of me starting to workout was during quarantine and he was like, ‘Babe come on, we’ll do it. We’ll do it together. It will be a couples thing.’ I was like, ‘Okay.’ I’ve never done that with him before and we start working out and I’m competitive as hell, so I’m trying to keep up with like the 255th squat or something and it ended like that because I was like, ‘I can be your weight but I can’t compare to you. This is crazy,'” Priyanka quipped.

Chopra concluded by revealing that she and Jonas decided to not workout together as it just didn’t work out!

Check out Priyanka Chopra’s interview on The Drew Barrymore Show below:

We adore this couple and how!

ALSO READ: Priyanka Chopra REVEALS Nick Jonas is of the opinion that she may be the first ‘Jonas’ to win an Oscar

Have you read Unfinished? Which revelation by Priyanka Chopra surprised you the most? Share your thoughts with Pinkvilla in the comments section below.